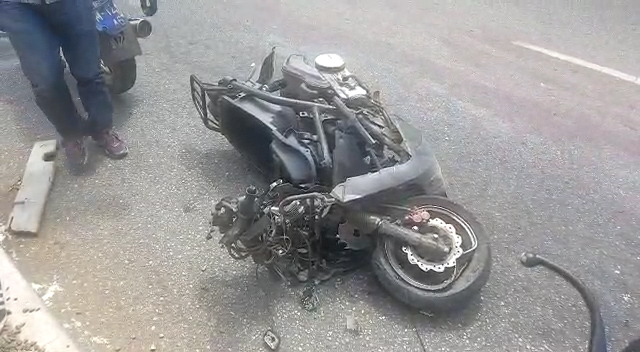 Ghana has recorded over 2,000 crashes involving motorcycles in the first quarter of the year 2021.

This is according to the National Road Safety Authority (NRSA).

In an interview with Citi News, the Director-General of the National Road Safety Authority, Ing. May Obiri-Yeboah said: “From January to April 2021, 2,184 crashes were recorded involving motorcycles. For commercial vehicles, we had 3, 341, and then 3, 811 for private vehicles.”

She further urged the government to strictly enforce the laws regarding the commercial activities of motorcycle riders in order to help curb the trend.

“The law could remain as it is, but we need enforcement. If we are able to enforce the law, things will be okay. We should allow the police to work for everyone to be happy.”

It had emerged early on that road crashes have killed more than 1,000 people in the country from January to April 2021.

Mrs. Yeboah said over 1,000 motorcycle and tricycle crashes since January, and attributed the uncontrolled crashes to speeding and careless driving.

She said the Authority had forwarded a draft Legislative Instrument (LI) to the Attorney General for onward delivery to Parliament for consideration, explaining that the passage of the LI would push the implementation of the NRSA Act 2019, Act 993, which assigns a regulatory role to the Authority.