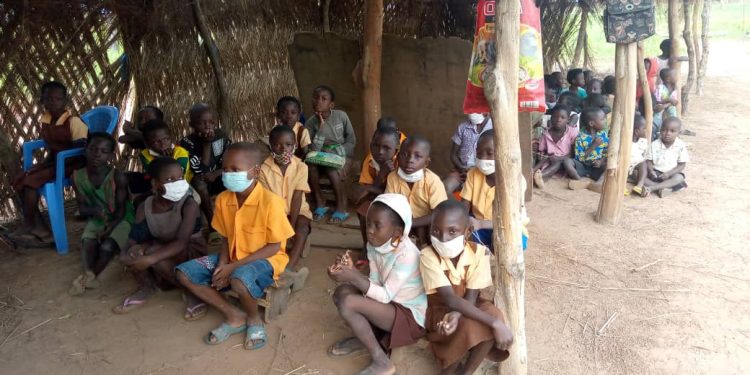 Pupils of Bombari DC Primary School are currently studying under a hut built by the community. 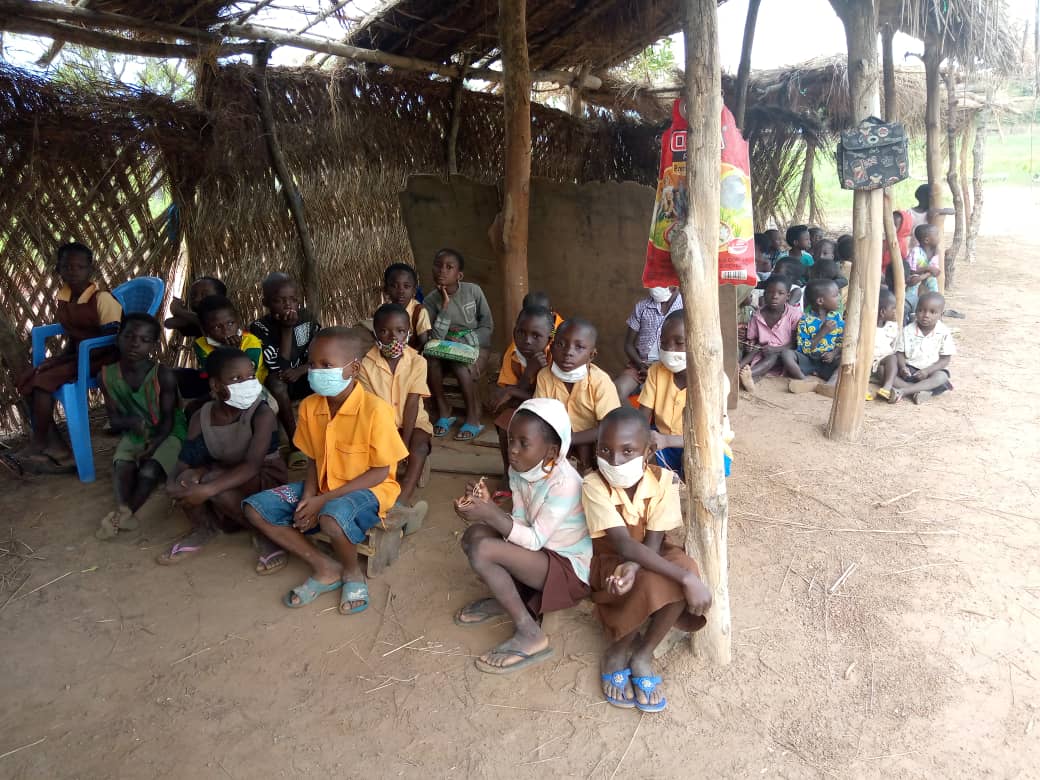 Bombari is a farming community in the Kpandai District of the Northern Region.

The community with a population close to 600 are predominantly farmers with most of the women into gari production.

The only school in the community, the Bombari DC Primary School, which is from Kindergarten to Basic 6 has a population of 278.

The school was started as a community school by a native teacher, the late David Kwasi Anabeto in the year 2000 with the support of the community members.

Upon his passing on in 2003, one Mr. Abokyi, also of blessed memory, took over the school.

The school was however absorbed by the Ghana Education Service in 2014 and some teachers were posted to the school.

However, one major problem confronting the school currently is the absence of a befitting classroom block.

The Odikro of Bombari, Nana Akwasi Bentomang in an interview with Citi News noted that the state of the classrooms is not encouraging the pupils to go to school and is therefore calling the Kpandai District Assembly to come to their aid by constructing a befitting classroom block for the community.

“I am pleading for support from the government and anyone that is able to support the people of Bombari put up a befitting school structure for the children in this community. There are many limitations to the progress of academic work and high rates of dropout due to the nature of the school. We as community members have exhausted all our efforts and are now pleading for external support.”

The Headteacher of Bombari DC Primary School, Gabriel Donkor on his part said, “Since I assumed office as the Headteacher of the school, it has remained the same. Because of the state of the classrooms, we have to close the pupils whenever the clouds gather. In the rainy season, we are unable to come to school. The teachers do not have tables and chairs to sit on to mark exercise. Apart from this, we lack teaching and learning materials. We really need help.” 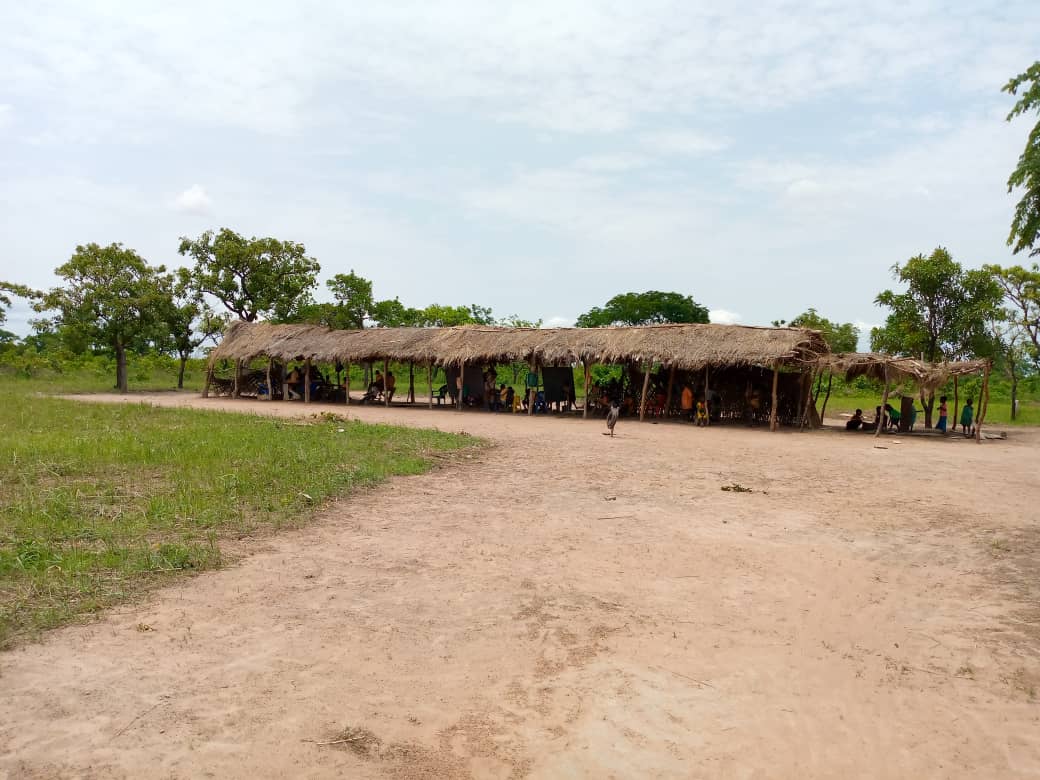 The Assembly man for the Nanjuro Electoral Area, Michael Lamorja told Citi News he has taken steps to ensure the community gets a befitting classroom block by writing several letters to the Kpandai District Assembly.

“I have written letters to the Kpandai District Assembly on the need for a befitting classroom block for the school, pupils cannot study under this condition, I am once again appealing to the District Assembly to come to the aid of the people of Bombari. NGOs who can also support us are also welcome.”

A member of the United Nchumuruman Association, Benjamin Manpong Nkpajator also added their voice on the need for a new classroom block.

He indicated that the Association is organising itself to see what they can also do to help the community come out of the situation so that the children can also get a befitting place to learn.

Efforts to get authorities at the Kpandai District Assembly to speak on the issue were unsuccessful.