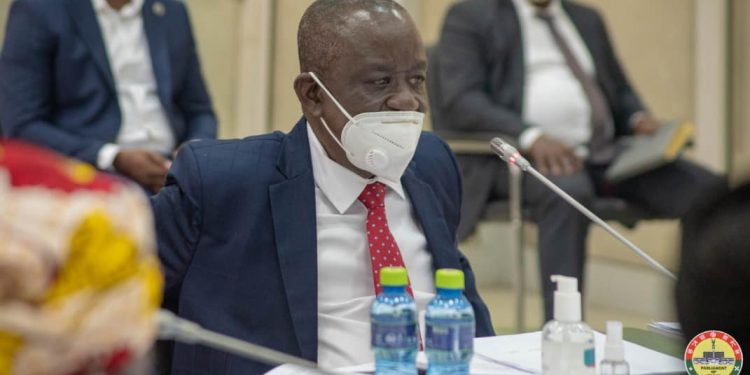 The Minister of National Security, Mr Albert Kan-Dapaah, has met with the conveners of social media campaign dubbed #FixTheCountry.

This was made known by the Information Ministry on social media.

According to the Information Ministry, the said meeting was to afford the Minister the opportunity to dialogue with the conveners on their concerns.

The Information Ministry, in a Twitter post, said: “In acknowledging the healthy conversation that has been started following a social media campaign, #FixTheCountry, the Minister invited the group to explore further dialogue on their concerns.”

It further disclosed that Mr. Kan-Dapaah and the conveners agreed to engage in further discussions.

”The conveners, in turn, expressed their pleasure at the invitation and the level of seriousness with which their concerns have been taken by the government. ”

About the group and their planned demonstration

The #FixTheCountry hashtag has been in the social media trends in Ghana for about four days.

The hashtag has so far gathered over 600,000 tweets and other engagements on Twitter.

It was initially started by some young persons on Twitter, but some celebrities later joined the campaign to hold the government accountable.

An online petition which was launched to support the cause has gathered over 3,000 signatures.

They planned a demonstration on May 9, 2021, but their request for police protection was turned down.

They cited ‘dumsor’, unemployment and poor healthcare systems as proof of successive governments’ mismanagement of the country.

“The Command received a letter of notification on Tuesday afternoon of an intended demonstration slated for the 9th of this month. The Regional Command met the convener, who was accompanied by one other person. We told them that we understand their standpoint but then, there [are restrictions] on public gatherings, as such, the Command may not be able to provide the necessary security for the proposed demonstration,” Public Relations Officer of the Greater Accra Regional Police Command, DSP Effia Tenge said in a Citi News interview.