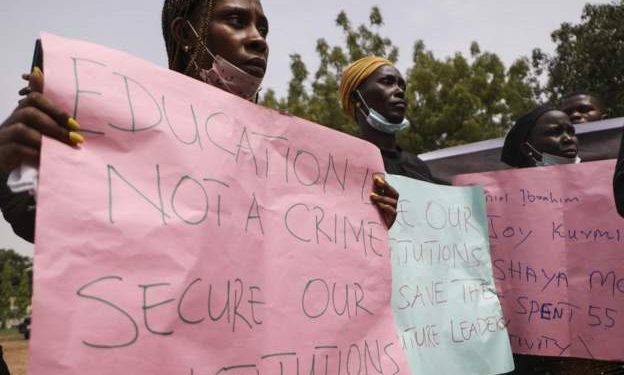 The remaining 27 students abducted from a forestry college in the northern Nigerian state of Kaduna have been freed.

They were among 39 students seized from their dormitories by armed criminal gangs in March. A number of them had been released last month.

The authorities say the victims freed on Wednesday will be medically examined after suffering the longest stay in captivity since armed criminal gangs intensified mass kidnappings of students for ransom in recent months.

The release of the abducted students came just a day after their distraught families protested outside the Nigerian parliament in the capital Abuja demanding more action from the authorities to rescue the captives.

The college students were held for nearly two months by the gunmen. The release will be a huge relief for the victims and their families.

A prominent Islamic cleric who has been spearheading negotiation efforts with various armed criminal gangs Sheikh Ahmad Gumi told the BBC that he and former Nigerian President Olusegun Obasanjo intervened to secure the release of the college students. It’s not clear whether a ransom has been paid.

Nigeria has seen a sharp rise of mass abductions of students since December with more than 800 taken as security situation continues to deteriorate across Nigeria. Most of them have been released after negotiations.