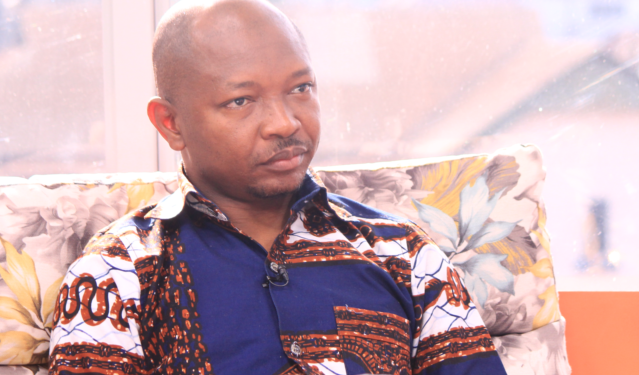 This Friday morning on an airforce flight from Accra to Wa, I had yet again a bird’s eye view of the city that has been my home for the last 19 years, Accra.

Accra is a beautiful city. She’s green from the skies, with a breathtaking coastline.

We just need to keep her greener, keep her clean, curb the indiscipline, the illegal structures, the wrongful parking on our streets and everything else that’s wrong with Accra.

I’ve had the privilege of travelling to some 56 capital cities in the world – From Amsterdam to Zanzibar, from Barcelona to Zurich, from Algiers in North Africa to Bogota in South America, and from Beijing in Asia to Kingston In the caribbean, I’ve seen places. And I know Accra is okay, but she could be made better. Accra could be rid of the filth and kept greener.

It shouldn’t take us a lifetime to figure out how to keep our great capital clean; and how to bury sewage underground, or how to plant more trees and keep the city lit up at night.

I don’t see the kind of filthy stuff you see in our communities and suburbs in many of the capitals I’ve seen around the world.

In places like Oslo, Geneva, Gothenburg, Berlin, Stuttgart, Rabat, Tunis, Washington, Riyadh, Tehran, Istanbul or Baku where I have had the pleasure of visiting on multiple occasions, you do not see construction workers dig up already constructed roads to bury their cables, and when they are done, leave in their wake destruction – heaps of sand and gravel all over the place without warning signs as we see in my city, Accra.

We are where we are with Accra because of a neglect to deliberately reflect on, and answer why a grown man or woman, travelling from Osu to circle or from Kwashieman to Kaneshie, would throw litter out of a moving vehicle.

Or why a female graduate or a white colour worker would go to the beach, drink from a plastic bottle and fling the empty bottle into the sea.

We have attempted to deal with such acts of indiscipline and wanton destruction of our beautiful city with legislation and more legislation. The more laws we have enacted, the worse our sanitation issues; the stiffer or harsher the punishments, the more chaos and indiscipline we see in our capital. And the more funding we give to our ministries and departments that have oversight on the problems in Accra and elsewhere, the less results we get for our efforts.

If our efforts are anything to go by, it means we have failed in our diagnosis of the problem.

It’s a mindset problem, and we have woefully failed to work on the mindset of our people.

There are two categories of development- infrastructure or the type everyone can see, and the soft type of development- namely discipline, patriotism, doing the right thing.

With the exception of Nkrumah, Acheampong & John Mahama when I headed the National Youth Authority where we deliberately started programs on patriotism – to work on the mind of the Ghanaian youth to love their country more and instil time tested values of discipline and civic responsibility, all other governments have done little or nothing about the soft aspect of development.

President Kufuor brilliantly created the Ministry of Information & National Orientation, with the view to solving this problem of a lack of patriotism and discipline. Unfortunately, it lacked leadership and drive. The late Vice President Aliu did his best with his “do the right thing” campaign. Presidents Rawlings, Mahama and Mills have all led by example. Vice President Bawumia has been on cleanup exercises. But the problems go beyond a one-off activity by a President or Vice President.

Such campaigns must not be ceremonial, where you roll it out and stop in a matter of months. It has to be run for years, transcending administrations. I was in awe when I visited Malaysia a couple of years ago. Excited yet sad that a country that started off with Ghana in the 50s is miles ahead of us by the cleanliness, greenery, infrastructure, discipline and many other indicators. If we want to see positive results as is the case in places like Singapore, Malaysia, Europe and North America, we must all be involved in building our motherland.

In other jurisdictions where they take the climate crisis seriously, or where a sense of patriotism is high, it is the ordinary citizens who are taking personal responsibility for themselves and tomorrow’s generation. The citizens must begin to take responsibility and the government must also act responsibly.

The ordinary Ghanaian is more than likely to come on board, if he or she is made to understand, through music, drama, art, culture, education, the devastating impact of the indiscipline and mess we are creating for ourselves and tomorrow’s children.

Under my leadership, the NDC left for this administration a well resourced National Youth Authority that has guaranteed funding sources to work on instilling a sense of discipline and patriotism in our young men and women up and down our country. But beyond working with young people to resuscitate the lost sense of patriotism, all Ministries, departments and agencies would have to get on board. And just like charity, Patriotism must begin at home. Parents would have to get on board. It is setting a bad example to live with your children and tap water or electricity illegally. It is bad behaviour to be in traffic and try to cut corners while your children are in the car, or push your litter to that part of your house where your next-door neighbour lives. The young ones are going to grow up thinking it is a normal behaviour to repeat all the bad things they saw you do while growing up. All of us must be the change we want to see in Accra and other parts of our country.

Accra can compete with any burgeoning modern capital in the world. We have what it takes to make it so. It takes a collective effort, and it takes leadership.