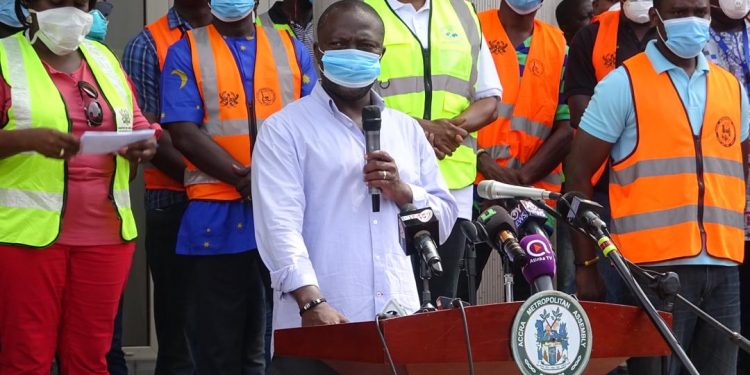 The Chief Executive Officer of the Accra Metropolitan Assembly, Mohammed Nii Adjei Sowah, says the low incidence of cholera outbreaks in the region over the last few years is proof of the improvement in sanitation.

According to him, a lot of interventions instituted since 2016 have resulted in this feat.

He said this while speaking at the launch of the Electoral Areas Sanitation Challenge, which is an initiative aimed at making Accra a liveable city by keeping local assemblies accountable on sanitation issues in their respective electoral areas.

While admitting that improving sanitation in the city was an arduous task, he called on all Ghanaians to take responsibility for the cleanliness of their environment.

“It is a journey that we have started, and we know that at least, by the end of the tenure of the President, we will be assessed by how far we have done as a city. But we are also mindful in telling you that it is a collective responsibility, and everyone is supposed to play their part. The waste management outfits play its part by collecting the trash, so it is the responsibility of the citizens not to litter, and that’s why you see littering as one of the criteria that we have set out in the assessment of sanitation,” he added.