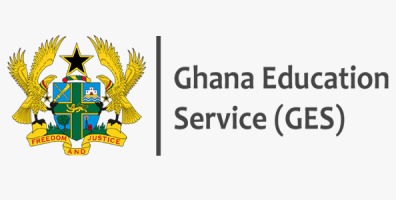 Following the reopening of Senior High Schools nationwide for third-year students, the Conference of Heads of Assisted Secondary Schools (CHASS), is calling on the management of the Ghana Education Service (GES) and the Education Ministry to expedite action in releasing monies to schools for their day-to-day running.

He is thus calling for the early release of funds to ensure the smooth running of schools.

“It is the release of monies that has become a bit problematic for now. We’ve been assured that we would have received them before the form three students reported. But they have started reporting to school, but we haven’t received the funds yet. Yesterday, I spoke with the management of GES, and they told me that they are almost done with the release of the monies and that we should expect it any moment from now. So we are also hoping that any moment from now it will hit our accounts so that we can use it to run the schools smoothly especially with the form three students that are coming in their numbers,” he said.

He, therefore, called on the “management of the Ghana Education Service to expedite actions so that we get the monies hitting our accounts by the close of this week so that it can ease any challenge that will come about as the result of that”.

Barely a month ago, CHASS raised concerns about the inadequate furniture in some schools and called on the Ghana Education Service to postpone the reopening of schools for Form Three students.

As schools have now reopened for those students, CHASS says, although it is now ready to receive the students, it wants the issues concerning the provision of furniture to be addressed as early as possible.

“As we speak, by the arrangement that has been put in place, the gold track of the Form 1 students have left for their homes, and so it has created space for us to be able to receive the Form 3 students. Though the number of the Form 3 students is quite higher than the gold track students that have left, we can manage them for now as against the challenge that we would have confronted if they had come to meet the full complement of the Form Ones in the school now.”

He added that “the other area was furniture and beds and then benches in the dining hall and tables. For those issues, the management of GES has assured us that they are going through the procurement process. We can’t get them immediately, but we have impressed upon management that though we can make do with what is available now, it will be quite challenging, so they should expedite action on the procurement process to let us get those so that the system will ease for us to be able to run the schools very effectively.

With respect to the supply of COVID-19 personal protective equipment, CHASS says various schools are being supplied with their items.