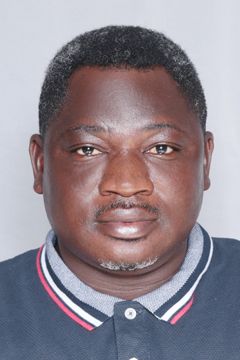 The Member of Parliament for Sissala East, Amidu Chinnia Issahaku, is confident the concerns about exclusion from the allocation of European Union-funded feeder roads in the Upper West Region raised by the people of Sissala West, Sissala East and Wa East, will soon be addressed.

He said this after a meeting with the Roads Minister, Kwasi Amoako-Atta and the Regional Minister, Dr. Hafiz Bin Salih on Tuesday, May 25, 2021 on the matter.

Mr. Issahaku on Eyewitness News maintained that the concerns of the people are legitimate.

“From following the press conference, I have better understanding of the concerns of the three areas. Looking at the agricultural map of Ghana, and the contributions these three areas make to the agrarian sector, I do not see why they will be excluded in such a project. I think it is only fair that as the MP, together with the Regional Minister we have to push this for our people.”

“I believe the meeting was productive and the Minister has agreed to look into the project. However, he would have to engage the other stakeholders on the matter. All in all, I am very hopeful that there will be light at the end of the tunnel,” he added.

The immediate past Deputy Upper West Regional Minister has been accused of supervising the exclusion of the areas while in office.

But Mr. Chinnia Issahaku has explained that he had no hand in it.

“What people need to understand is, there are various stages in executing a project. And this time around, we had a regional working committee which was headed by the Regional Director of Agriculture. And they had baseline surveys and came out with roads that should be tackled. And in this case, roads in Sissala East, Wa West and Sissala West were considered.”

“We got to know of the decisions taken by the steering committee when their work was presented and the award process was ongoing at the Department of Feeder roads. So I do not think it will be fair for anyone to say that, because I was Deputy Regional Minister, I should have known about it and done something about the situation.”

The government of Ghana received a grant of €35 million from the European Union for the rehabilitation and maintenance of 670 km of feeder and farm access roads in the Upper West Region.