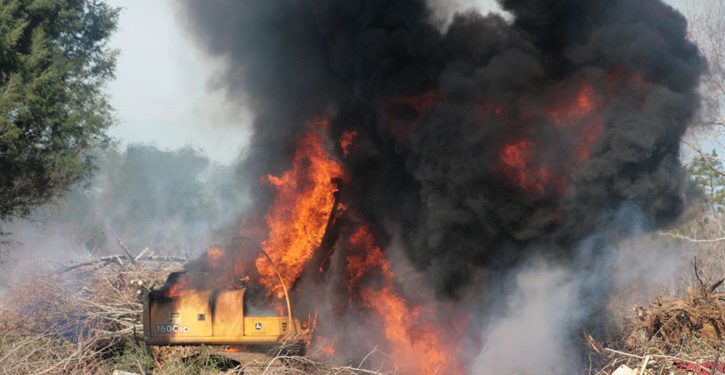 The Small-Scale Miners Association has bemoaned the burning of mining equipment of its members.

As part of renewed efforts against illegal mining, 200 military personnel have been deployed to flush out illegal miners destroying water bodies in the country.

Briefing the media on the progress of the operation on April 30, 2021, the Minister of Defence, Dominic Nitiwul, disclosed that the troop destroyed a good deal of equipment, including nine excavators and 127 changfans.

But the Communications Director for the Association, Abdul Razak Alhassan, laments that some licensed small-scale miners have been affected by the military operation.

Addressing the media at Ntaferewaso in the Twifo-Atti Morkwa District of the Central Region, he said “as far as we know, the military was deployed to specific river bodies, but we are seeing a situation where they veer into communities with licensed small-scale miners and end up burning their equipment. Some of the communities are Asamoakorom and Awusem, both in Twifo Praso District of the Central Region.”

This, according to them, is a stab in the back as there was no mention of the military operations affecting them at the Stakeholder Dialogue on Small Scale Mining which took place from April 14 to 15, 2021.

“We need clarifications on the President’s directive to the military. We do not understand why the government made a u-turn on the issues raised at the meeting held at the Accra International Conference Centre.”

“We never discussed anything about involving the military in clearing people operating with legally acquired licenses.”

He also wants the government to liaise with the Minerals Commission to clearly map out areas that are authorized for small-scale mining, so they do not fall victim to the military operation.

The Association warned of a three-day nationwide demonstration if their concerns are not addressed within 7 days.

“We are giving the government 7 days to address these concerns. If nothing is heard from them, we will embark on a three-day nationwide demonstration.”