The Blue Gate brouhaha: Arrest of the Broadcast Journalist from Citi TV/FM [Article] 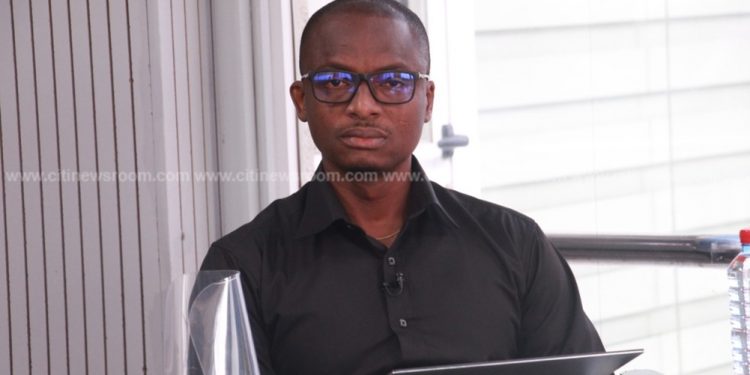 Security Institutions and for that matter, the National Security outfit are a creation of the law. Their operations and actions must be in accord with the law, and most importantly they actively uphold and protect the rights and freedoms of every citizen.

This may include extending courtesies and advancing privileges to citizens in whose interest they ultimately serve. Actions that undermine, violate, or even appear to offend any of the objectives mentioned above not sanctioned in law or by law are a threat to their own legitimacy, and thus undermine their authority as a State security agency.

Designated security installations or equipment worldwide are generally protected against photographing, sketching, picturing, drawing, mapping, or graphical representations without obtaining permission. However, reading Lawyer Samson Anyenini, he states “The law says nothing is an offence unless it is defined by law and the penalty is prescribed in a written law.”

Question: Is the said prohibition that was violated by the journalist provided for in law?

Question: Is there a prescribed penalty provided for such violation in law?

Question: Is the alleged assault by the National Security officials on the journalist justified?

There are strict protocols that govern security installations. Key among these protocols is the facility security clearance procedure or access control measures in place. Sometime in 2019, I was hosted at a Federal Bureau of Investigation (FBI) facility in the USA. While going through security clearance I was notified of what can and cannot be done.

Throughout my entire duration at the facility, there was not a single day or period that I moved about without company. The only time I was without company was when I visited the washroom. I do not know the level of security clearance offered to the broadcast journalist and the brief or orientation provided him, but it is quite evident that whatever clearance system was in place did fail.

Sometimes, in the interest of the public, the line between information search and the State’s desire to keep security interests outside undue public scrutiny can be a very tight rope to walk.

Following recent years’ ‘drama’ around National Security I hold the humble opinion that the National Security Institution as a State security agency needs an overhaul of personnel, procedures, and practices. A National Security institution in a democracy requires not only men with steel balls but most importantly people with brains who will exercise the authority of the State with great discipline, candour, and temperance.

The institution of national security is clothed with sweeping powers that sometimes may limit the full enjoyment of a citizen’s rights, freedoms, and privileges.

It has some ‘strange’ intrusive powers often sanctioned by the State. It is however important that they perform such duties in proximal accordance with universally agreed standards of human rights; and civil and political rights.

At the heart of every successful and growing democracy is a responsible and accountable national security architecture. Each member of such architecture has the potential to undermine the legitimacy of the State if they demonstrate unresponsiveness to public needs and expectations in their work. The actions or inactions of such members will (not can) impact the sustainability and quality of any democracy either in the short, medium,
or long term. It is, therefore, necessary that such institutions are rid of rogue elements, and publicly so.

Chronicles of such gross alleged misconducts on the part of security agencies must be a source of concern for every well-meaning Ghanaian. “The function of the legislature ought not to stop at just making laws for the State; it should extend to ensuring that the laws that are made are implemented in accordance with the intent of the legislature” (Srem-Sai, n.d). It is in the interest of the legitimacy of the current political administration, and ultimately the stability of our democracy for Parliament to immediately exercise its oversight responsibility to check such excesses.

The personnel at the National Security premises who ‘accosted’ the young broadcast journalist photographing/videographing the facility could have handled this matter firmly and robustly, yet quite discreet without all these hullabaloos. The drama, or as they say in Ghana, the concert is just too much!

Disclaimer: The views and opinions expressed in this publication are solely that of the author and are not necessarily those of the Bureau of Public Safety, subscribed to or influenced by any other organization or institution or persons the author has, may have, or have had a relationship with.