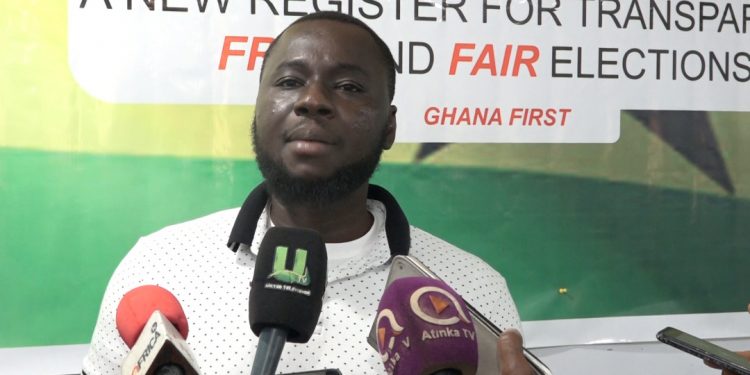 Executive Secretary for civil society organisation, the Mass Action Committee, Atik Mohammed, has downplayed the National Democratic Congress’ (NDC) concerns over some of the proposals made by the Inter-Party Advisory Committee (IPAC) on the management of the country’s elections.

IPAC had made 16 resolutions aimed at improving subsequent elections in the country.

These resolutions include the change of the closing of polls from 5:00pm to 3:00pm, and an all-year-round registration for persons who are eligible to vote.

The NDC, which has boycotted recent IPAC meetings after the 2020 election, at a press conference on Thursday however said the proposals will rather lead to serious challenges.

“They [NDC} made some outrageous claims. For instance, the suggestion that the voting should be the basis for such a claim is that someone may go to the farm so shifting the time to 3:00pm might be unfavorable.  They are using these bitter arguments to defeat a rather important suggestion. I would have thought that the reason why these proposals are being kicked against is that there are other superior reasons, but to say someone may go to the farm and might not be able to vote at 3:00 pm is a spurious suggestion.”

Mr. Mohammed also commended the Electoral Commission (EC) for engaging various stakeholders in tabling down proposals on the management of the country’s elections.

“I am excited that the EC chose to have this conversation with the various stakeholders because it is only an institution that seeks to grow, which will take stock of what it did with the view of improving what it wants to do in subsequent elections. I am saddened by their [NDC] choice not to be part of this meeting”.

The EC has already endorsed IPAC’s proposal to end subsequent elections at 3:00pm instead of the usual 5:00pm, saying it is possible.

The Director of Elections at the Electoral Commission, Dr. Siriboe Quarcoo, stated that with the level of efficiency the country has attained, especially judging from the previous election, the decision to close polls at 3:00pm would be possible.

“After the election, we do an evaluation, the areas that we did well in, we sustain and try to improve on, and the areas we didn’t perform well in, we try to find better ways of doing it. We saw that in the 2020 election, most of the polling stations were done around 1:00pm. Also, in many countries in the world, voting closes as early as 3:00pm, and so it made us realise that with the efficiency we have put into the system, we can conveniently close the election by 3:00pm, then we can use two hours to finish the counting during the day to avoid doing it at night,” he stated.