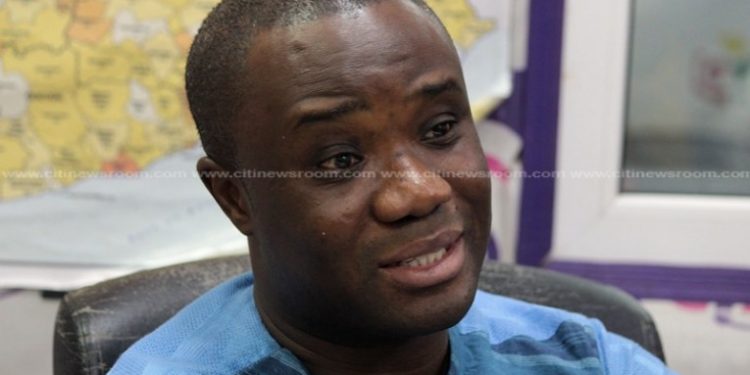 According to him, it is inconsiderate of the President to allow such profligacy at the expense of the “suffering masses.”

“We are a country of limited resources; because of that, significant sections of our population wallow in abject poverty. Indeed, in the last few weeks, the discussions have been about the economic hardship that has come about because he has had to impose some more taxes.”

“Even as citizens brace themselves for more taxes, they expect to see some level of responsibility on the part of leadership. You can’t ask them to bear with you whilst you seem to not feel the brunt of what they are going through.”

Speaking on Metro TV’s Good Morning Ghana on Friday, May 28, 2021, Mr. Kwakye Ofosu questioned the rationale behind such spending on foreign trips when the President moves around “begging for financial aid.”

“Besides, our presidential jet is not bad for a country like ours. Yes, every now and then the jet breaks down. But when it does, there are alternative ways to transport the President. The President has decided not to go by the presidential jet, but rather rent very expensive and lavish ones, fit for Arabian kings.”

“When the President’s nine-day trip was announced, the reason given to it was that he going to find means to kickstart our economy, which is in tatters. He went to lead advocacy for debt relief. He went to beg for aid, contrary to his position on a Ghana beyond aid. So when you [Akufo-Addo] are going to beg for money and you travel in such splendor, what message are you communicating? In fact, the leaders of the countries he went to beg from, live modest lifestyles. We see some of these leaders ride bicycles to work.”

A member of the governing New Patriotic Party’s Communications team, Nana Akomea, who spoke on the show, disagreed with Mr. Kwakye Ofosu’s position.

He said, “The Minister of Defence is the best person to explain why those costs are worth it,” Mr Akomea indicated.

“It’s either we decide that the President is not going to travel again or will travel via commercial transport or we go for trips that will offer him some safety and comfort.”

The conversation about the President’s foreign trips came up following allegations by the National Democratic Congress’ Member of Parliament for North Tongu, Samuel Okudzeto Ablakwa, that President Akufo-Addo has spent an amount of GHS 2.8 million on his recent travels to only South Africa and France using the services of a private jet.

According to the lawmaker, “The Airbus ACJ320neo owned by Acropolis Aviation based in Farnborough, UK and registered as G-KELT, is the most luxurious and the most expensive in the Acropolis fleet. The manufacturers describe it as ‘the most outstanding ambassador for Airbus Corporate Jets.’ It costs the Ghanaian taxpayer approximately £15,000 an hour when President Akufo-Addo rents it”, he alleged in a post on Facebook.

“Let’s further analyze President Akufo-Addo’s latest trip to Europe: per Flightradar24, the G-KELT aircraft left Accra with the President to Paris on the 16th of May — a 6 and half hour duration. Airlifted the President from Paris to Johannesburg for 11 hours on the 23rd of May.”

The MP says he has filed an urgent question in Parliament over what he considers to be wasteful expenditure on President Akufo-Addo’s foreign travels.

In an interview on Eyewitness News, Mr. Ablakwa, who is also a Ranking Member on the Foreign Affairs Committee in Parliament, was asked if he could prove beyond reasonable doubt that the President indeed abandoned the state’s Falcon Jet and chartered a private flight for the trips.

“I can confirm on authority,” the MP insisted.

He was pushed further to comment on what he knows about the current state of the Falcon aircraft.

“That is why we are summoning the Defence Minister, who has oversight of the Air Force to tell us if the Falcon has developed a fault in these few days because we do know that the Falcon has been in pristine condition and that the other ministers have been using it. So we want to hear from the government on why the President chose that option”, he told host, Umaru Sanda Amadu.