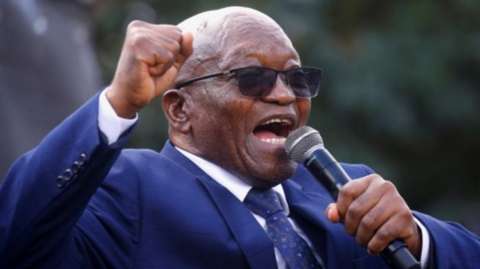 The corruption trial of the former South African President Jacob Zuma is due to begin on Wednesday, following multiple delays.

The once-celebrated hero of the anti-Apartheid struggle is expected to plead not guilty to charges of fraud and racketeering in a case that dates back to an arms deal in the 1990s.

He claims he’s the victim of political witch hunt – that the nation’s courts are working for his political enemies.

Mr Zuma is also facing fresh allegations of corruption and could be imprisoned for contempt of court in a separate matter.

Some South Africans believe the trial may mark a turning point for the country.

Many of South Africa’s surviving liberation heroes have condemned Mr Zuma – comparing him to a gangster, and warning of a long struggle to repair the damage he’s done to the country’s young institutions.