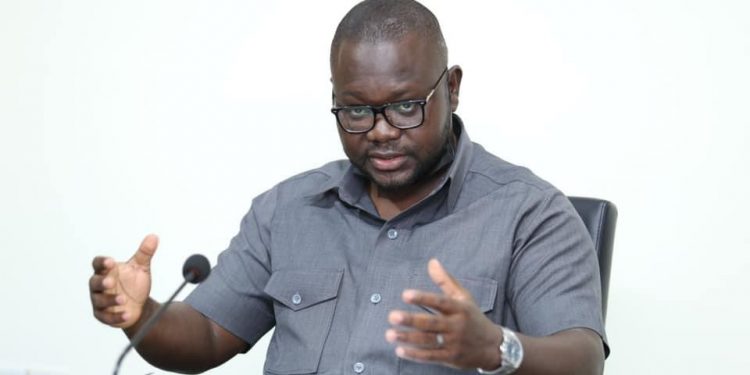 The Minister for Works and Housing, Francis Asenso Boakye, has disclosed that the government is partnering with the World Bank to invest $200 million in measures to tackle flooding in Accra.

According to him, this forms part of the government’s vision to end the perennial flooding in the capital city.

Mr. Asenso Boakye made this known in a press statement issued on Thursday, June 3, 2021, in commemoration of the June 3 disaster in 2015, which claimed 152 lives and injured many others.

“In line with this, the government has collaborated with the World Bank to invest $200 million to, among others, implement the Greater Accra Resilient and Integrated Development (GARID) project.”

The Minister also added that the Akufo-Addo government will also “intensify efforts aimed at finding lasting solutions to the perennial flooding in Accra and other parts of the country.”

Meanwhile, Mr. Asenso Boakye also charged the citizenry to aid the government in this endeavour.

According to him, the government alone cannot end the menace if citizens do not also change their attitudes.

The project is meant to mitigate flood risks and address the solid waste management challenges in the Odaw Drainage Basin.

It also involves the reconstruction of some bridges to remove identified impediments to the flow of water in the basin when it rains, and the construction of detention ponds upstream of the Odaw Basin, to hold large volumes of water that would otherwise lead to flooding, especially around Kwame Nkrumah Circle.

This project includes extensive dredging of the Odaw River and Korle Lagoon.