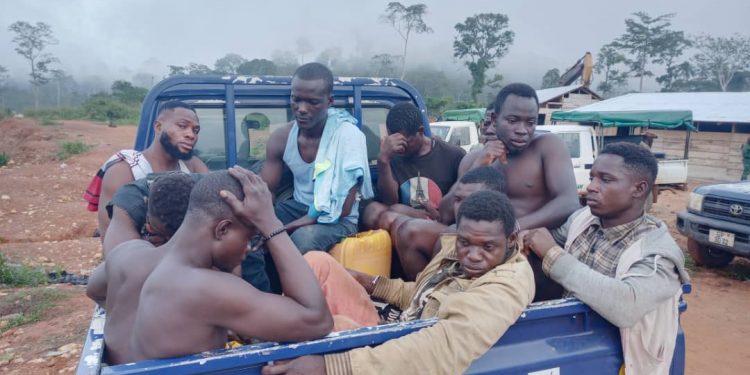 A Joint Security Taskforce headed by the District Chief Executive for Adansi Akrofuom, Maurice Jonas Woode, has arrested 24 illegal miners operating in the Sukuma Forest reserve at Pewodie near Grumesa in the Adansi Akrofuom District of the Ashanti Region.

The Miners, aged between 14 and 45 according to sources, have been operating in the middle of the forest for some time now despite the ban on illegal mining and mining in forest areas. 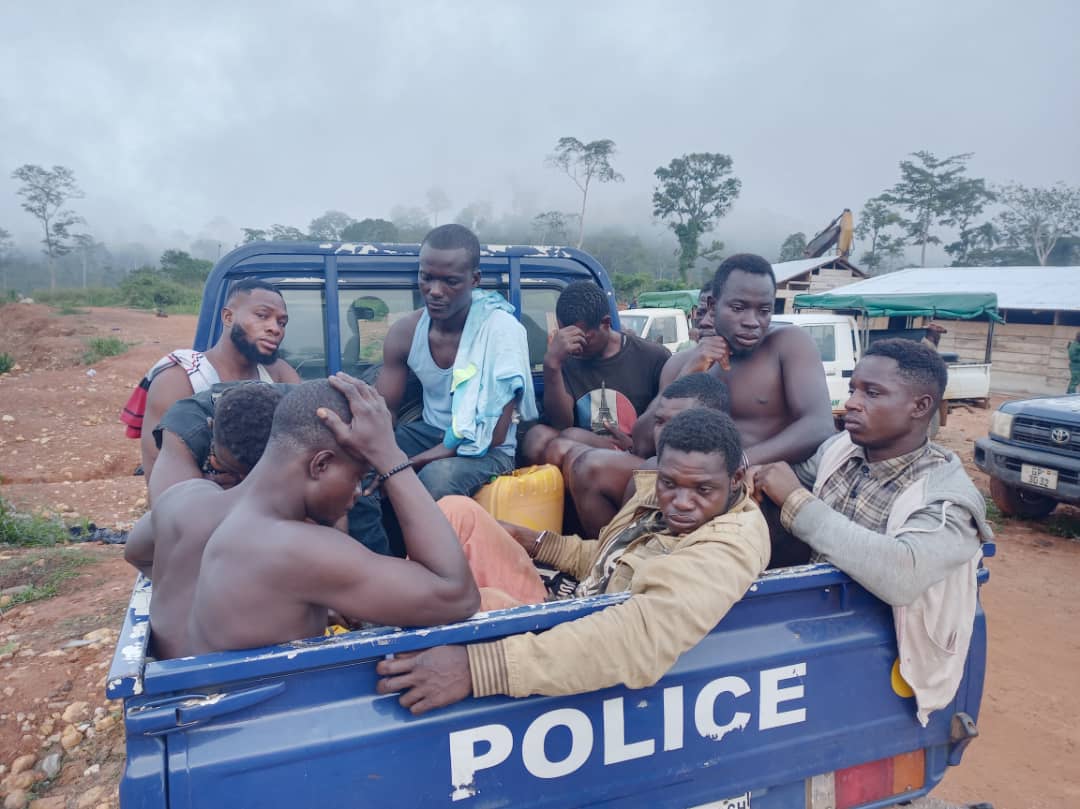 The taskforce also destroyed 16 Changfan machines and over 200 tents whiles 104 pumping machines and 11 Gold detector machines were also seized from the Miners. 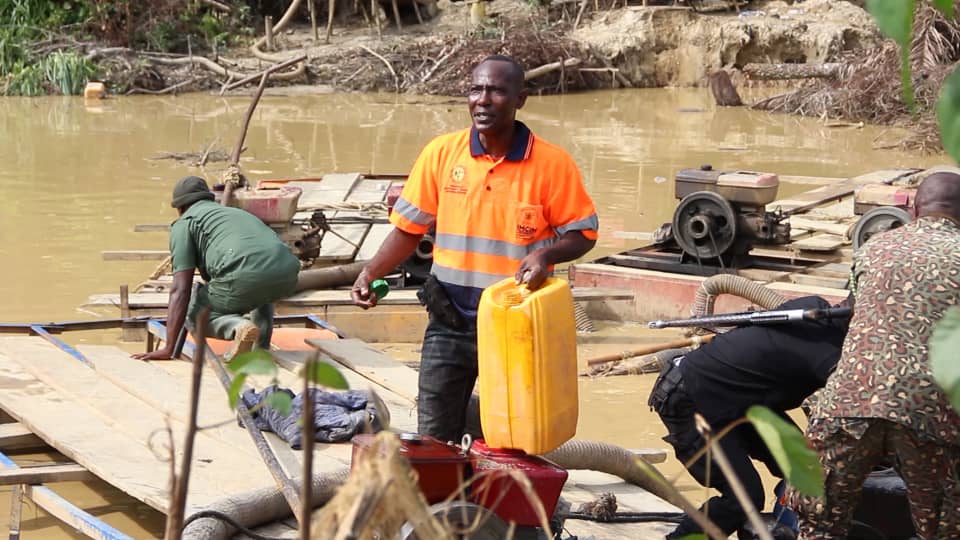 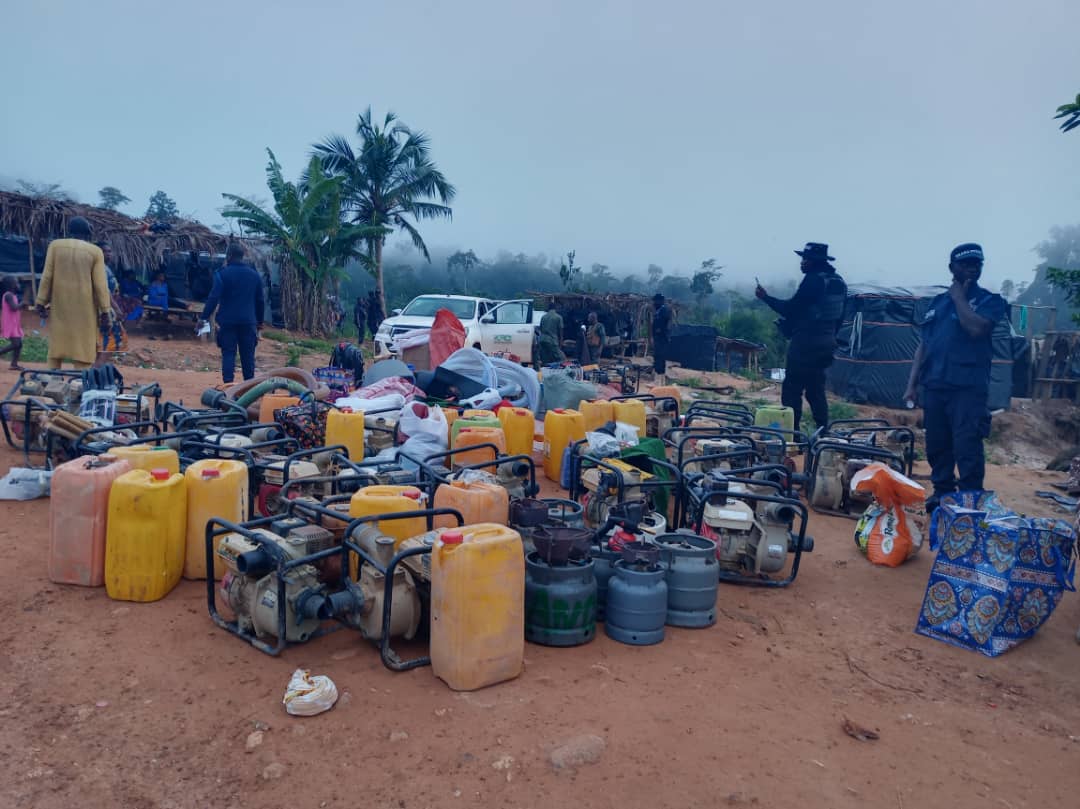 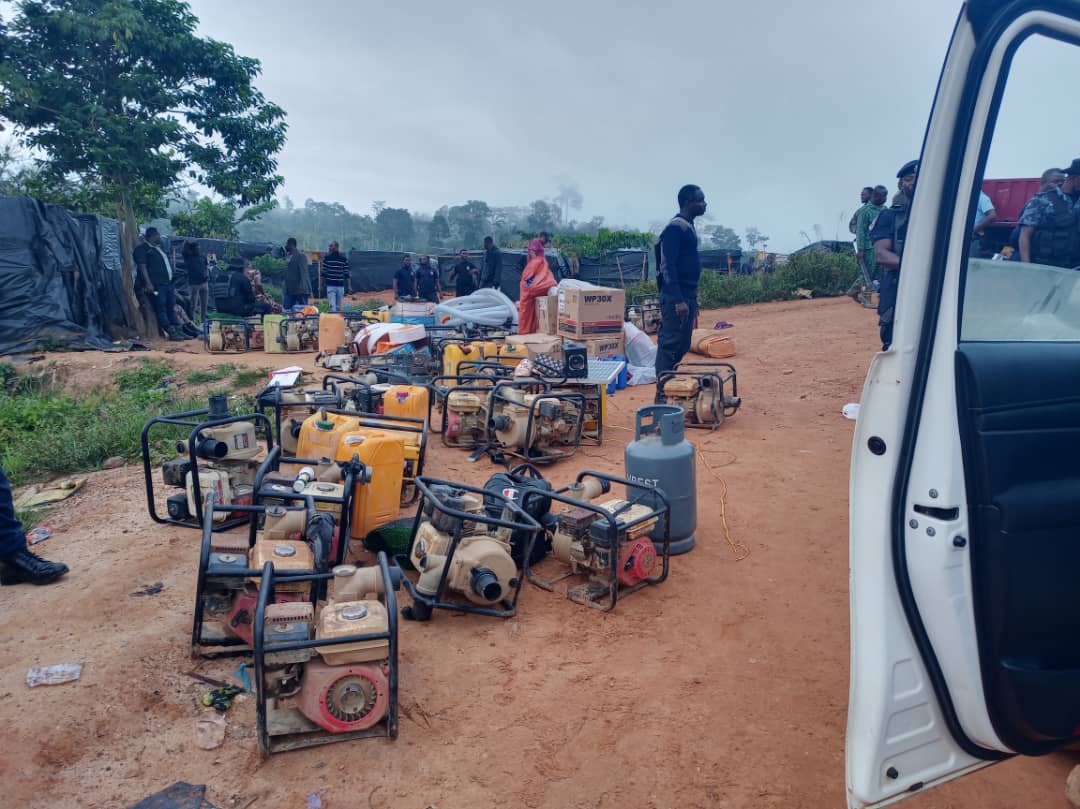 This is the second time in two weeks that the Akrofuom DCE has led a raid on illegal miners in the area, after a similar exercise at Betenase.

This time, the Akrofuom DCE told the media that, “we had a tip-off that there has been fracas among illegal miners operating at Pawodie and Betenase.

This prompted the District Security Council to map out a strategy to arrest them and halt their operations.

The DCE stated his resolve to go after illegal miners destroying water bodies and forest areas in the District.

“We are leaving no stone unturned in clamping down on the activities of these illegal miners. We want these arrests and subsequent burning of mining equipment to serve as a deterrent to others”.

The Obuasi Divisional Police Commander, Chief Superintendent Joseph Nyaaba, said the Security Taskforce is committed to nipping the activities of illegal miners in the bud.

He promised that such operations will not be a flash in the pan, adding that 83 Security personnel were involved in this operation.

“This is an indication of our preparedness to stop the activities of illegal miners “.

He cautioned that illegal miners, who have defied the Presidential orders banning all illegal mining activities, to halt their operations since the Police will not relent in their resolve to go after them.

The Assistant District Manager of the Forestry Commission, Bekwai Division Palmer Aikins Amponsah, also assured that the Commission will work to stop the operations of illegal miners.

Nana Addo is deeply saddened’ by death of Kaaka, 2 others in Ejura – Eugene Arhin

Nana Addo is deeply saddened' by death of Kaaka, 2 others in Ejura - Eugene Arhin