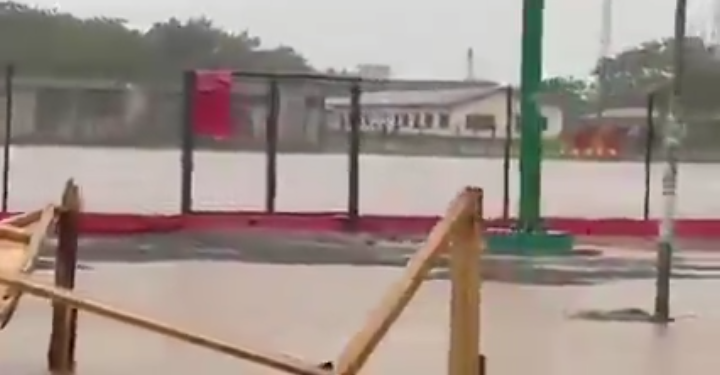 The Wembley Sports Construction Company Limited (WSCCL) has clarified that the recent flooding of the artificial pitch it built at Adjiringanor in Accra, was not a result of the failure of the drainage system at the facility.

The company released a statement on Monday in response to viral videos and photos which showed the recently commissioned astroturf submerged during the weekend’s downpour.

WSCCL insisted that the flooding was due to the “failure of the drainage system in the neighbourhood of the pitch”, as the pitch’s fully functioning drainage system was designed to empty into the available outlets around the arena.

“We wish to state that Wembley Sports Construction Company Limited (WSCCL) has immense experience in delivering well-designed and constructed artificial football pitches in several locations across the country,” the statement said.

The company noted that despite the initial flooding, the pitch’s drainage system successfully “evacuated the water” within two hours.

WSCCL added that it was looking at possibly extending its drainage work to the surrounding areas to ensure the situation does not recur.

“We wish to reassure all our stakeholders that WSCCL remains committed to delivering technically sound artificial pitches irrespective of local conditions or challenges,” the statement concluded.

Parts of the country, particularly within the country’s two largest cities, Accra and Kumasi, were flooded after the weekend’s five-hour-long downpour.

Footage of the flooding, which has displaced some residents and destroyed property, has been shared widely on social media. 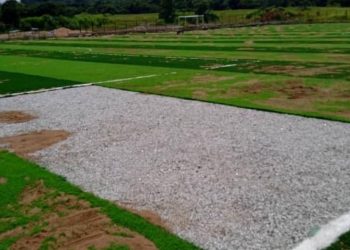 Thieves who stole astroturf to decorate their rooms arrested 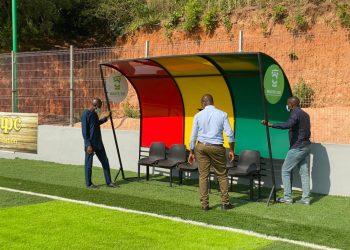 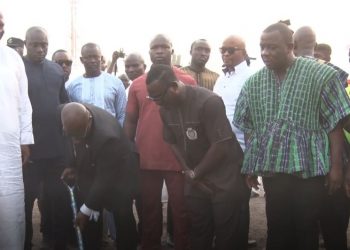 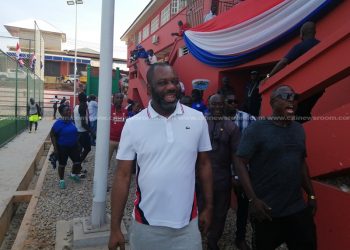