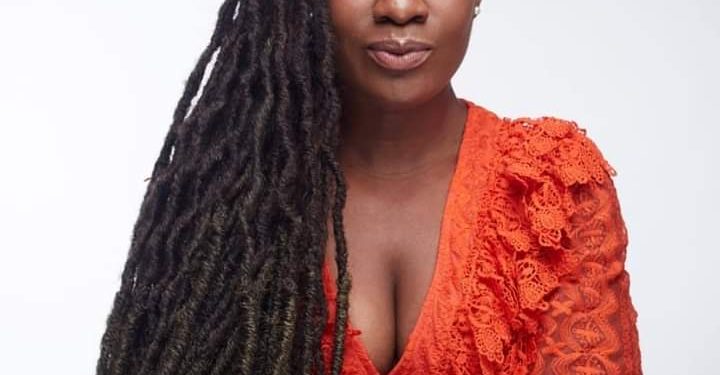 British-born Ghanaian, Lorraine Wright, has been recognised for receiving the honour of the Most Excellent Order of the British Empire (MBE) in the Queen’s Birthday Honours List 2021.

The MBE is a prestigious award in recognition of the achievements and service of extraordinary people across the United Kingdom.

Lorraine, infamously dubbed the ‘Chief Side Hustler’ is known for her tangible and progressive ten year trajectory in the UK and Ghana Gospel Music scene, as well as her contributions to the corporate and world of business both in the UK and Ghana. 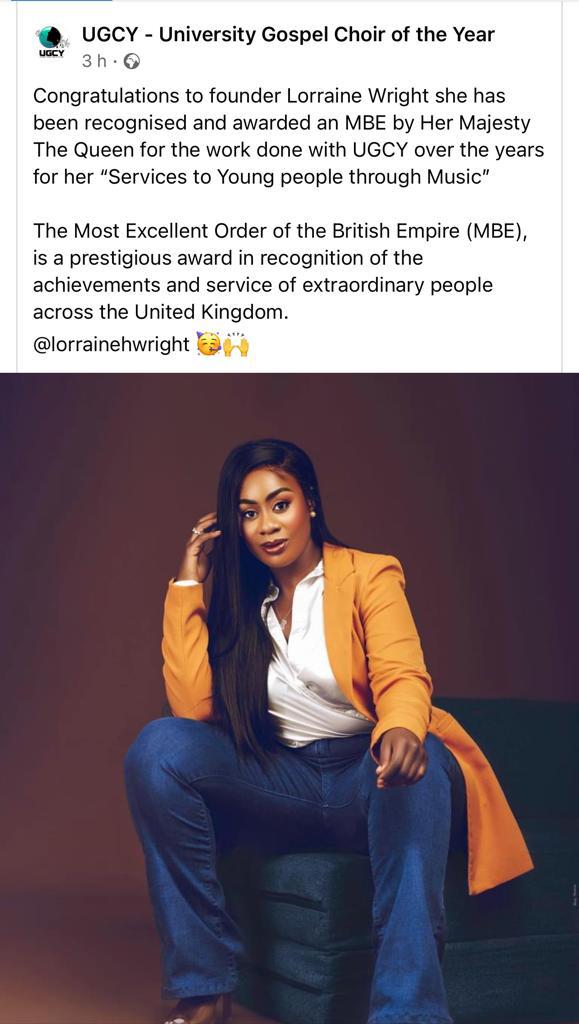 The recognition derives more specifically from her venture, University Gospel Choir of the Year, often referred to as UGCY – a UK national competition later established in Ghana, as a platform for university gospel choirs to exhibit their talents, build their technical and industry know-how and be afforded a plethora of prizes.

UGCY looks forward to hosting their 3rd annual show in Ghana in November 2021, and their 10th annual show in the UK early 2022. Previous prizes have included special feature performances on various events and stages including the X Factor, Britain’s Got Talent, The Voice and BBC Gospel Proms, 0and appearing as the opening act for Stellar Award winning artist, Travis Greene. In Ghana, choirs are awarded cash prizes.

Sharing her thoughts and sentiments ahead of receiving her award, Wright said, “The Gospel Industry at large is often heavily under-represented in the grand scheme of music artistry.

“It’s colourful, expressive, vibrant and incredibly uplifting, and it is certainly a very personal medium for me. It’s both an honour and a joy to have myself and the UGCY team’s efforts being recognised in this way. I’ve had a fantastic time building what is now a true legacy, and look forward to replicating and introducing UGCY more broadly across the world!”

Lorraine is a University of Oxford Executive MBA graduate, and currently works as a Director at a Global Financial Services firm in the UK.

Alongside her day job and UGCY, Lorraine is the owner of a Liona Nails beauty spa in Accra (@Lionanails), and head of sales for Grow For Me, a Ghana-based Agric tech Crowdfunding/Crowd farming start up (@growformeafrica).

The full list of those honoured in the 2021 Queen’s Birthday Honours list can be found here: https://www.gov.uk/government/collections/honours-reform-and-operation#honours-lists.