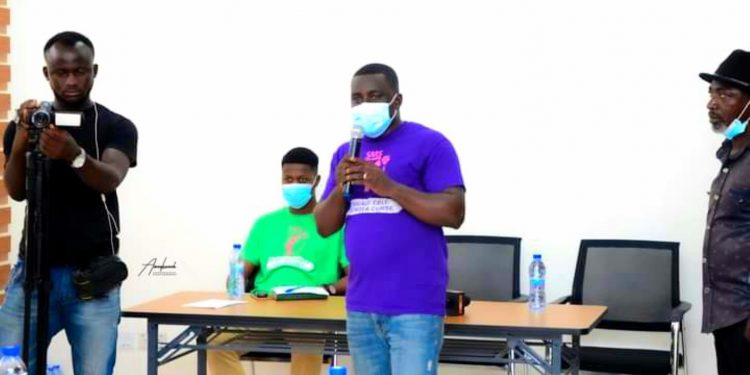 The General Manager of SMS Media Services, a fast-rising Communication firm in Obuasi, Sampson Manu, has called on the government to build a sickle cell clinic at Obuasi in the Ashanti Region to deal with a surge in sickle cell cases in the mining town.

He made this call at a symposium organised by SMS Media Services in collaboration with the Obuasi Municipal Assembly’s Information Services Department to mark the 2021 edition of World Sickle Cell Day.

19th June is set aside every year by the UN to increase awareness of sickle cell disorders at the national and international level. 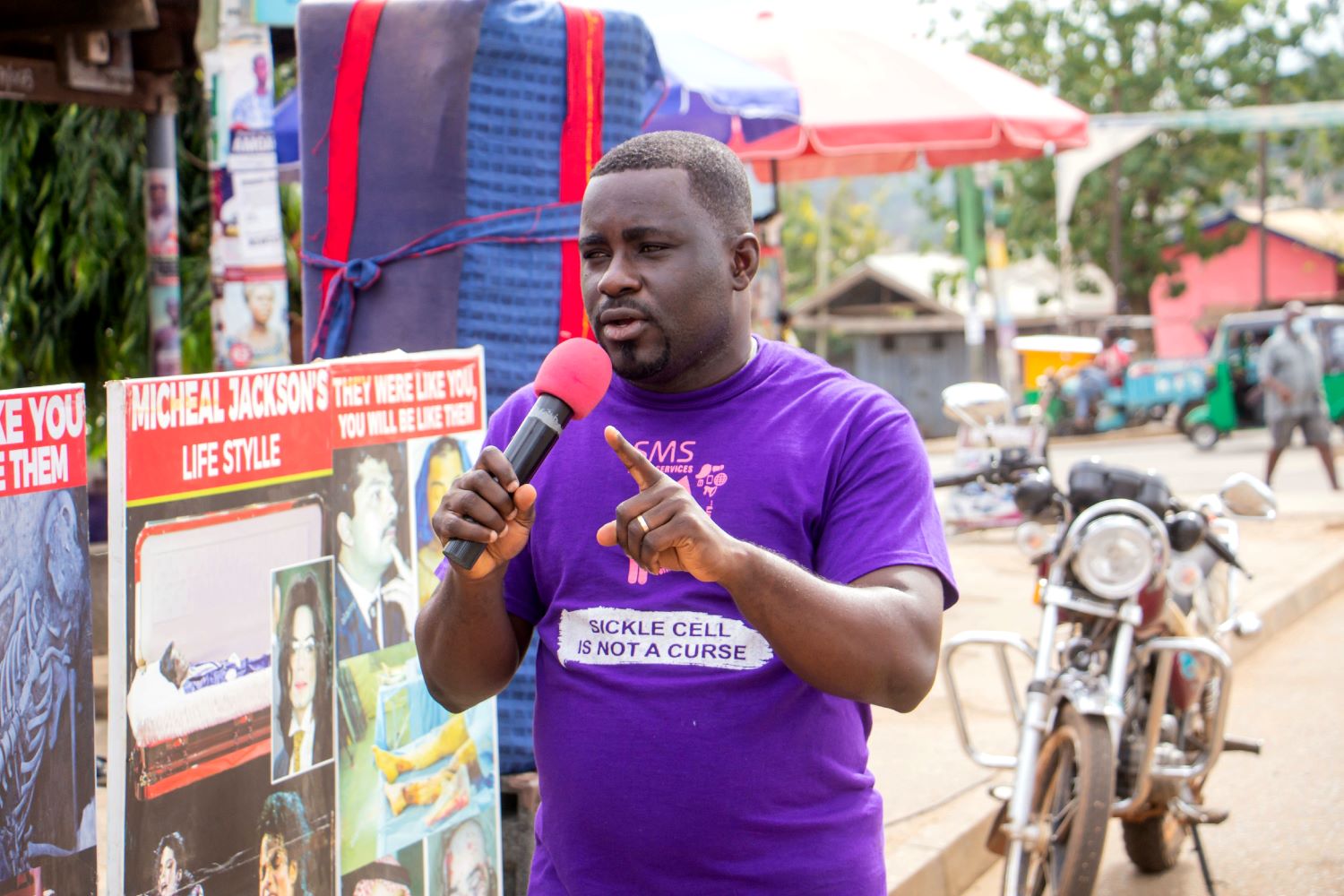 Sickle cell disorders are a group of illnesses that affect red blood cells.

They cause a person’s normal round and flexible blood cells to become stiff and sickle-shaped, stopping them and the oxygen they carry from moving freely around the body.

It is estimated that about 15,000 babies are born with sickle cell disease in Ghana each year.

Available statistics from the Obuasi Municipal Health Directorate indicate that a total of 43 new sickle cell cases have so been reported in Obuasi between January to May this year, while in 2020 alone, a total of 77 new cases were reported.

This development, according to Mr. Manu is worrying, hence his call for a sickle clinic in Obuasi to create awareness and also provide quality healthcare for persons living with sickle cell anaemia, especially in emergency situations.

“Currently, patients have to travel to Kumasi to the Komfo Anokye Teaching Hospital to attend sickle cell clinic since it is the only sickle cell clinic in the region. This puts some sort of financial burden on them as well as their parents. Those who do not have the means are denied of quality healthcare.”

Again, the General Manager of SMS Media called on stakeholders to prioritize the healthcare needs of people living with sickle cell anaemia.

He said investment must be made in educating people who have the disease to seek proper health care, which will reduce the misconceptions people have about the disease. 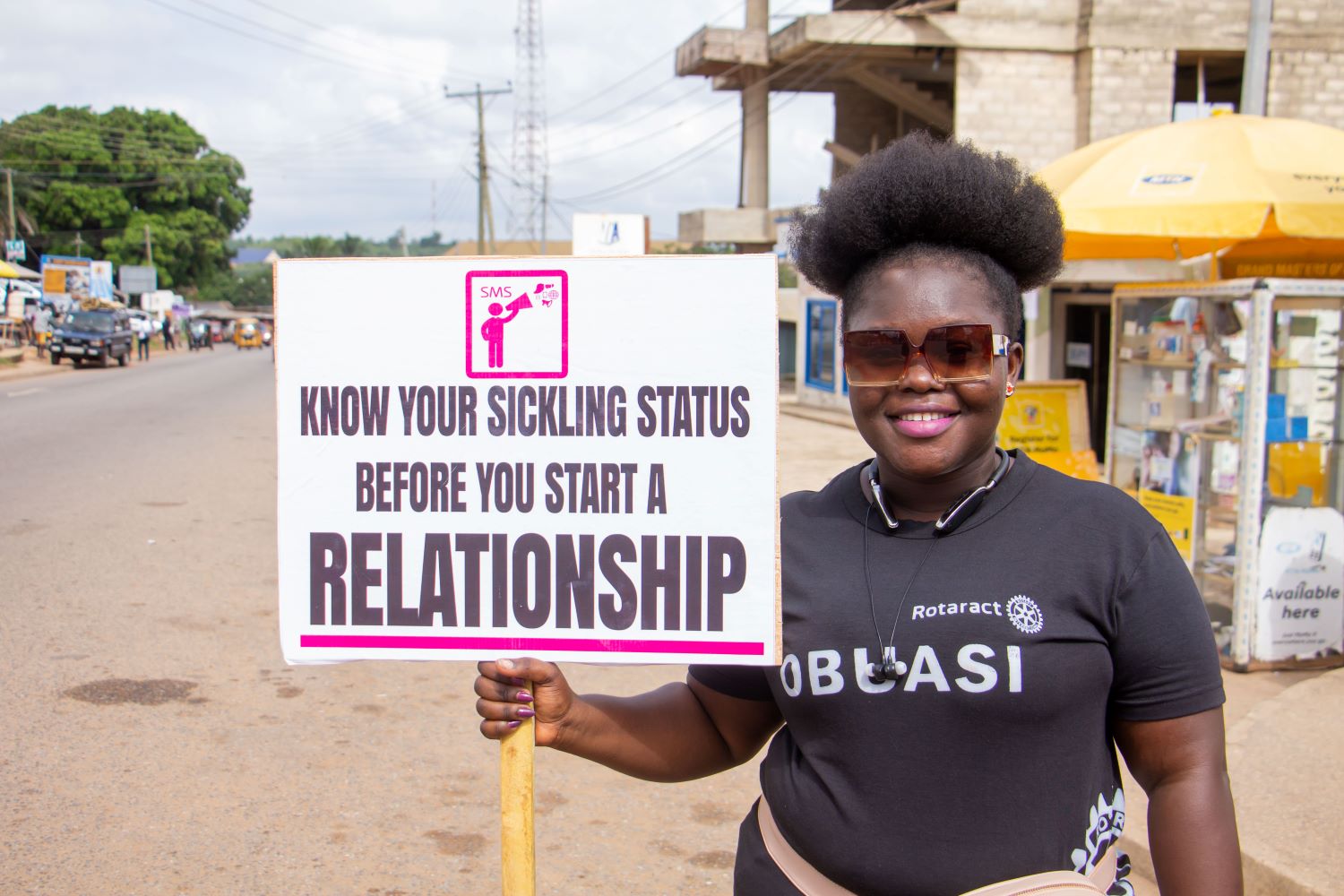 He added his voice to calls for couples to go for a sickle cell test before making the decision to give birth.

He also appealed to religious leaders to make it mandatory for couples to go for their sickle cell test before approving their marriages.

He advised parents of sickle cell patients to make sure their children get the right nutrition.

Since sickle cell patients are prone to crisis, Mr. Ameyaw recommended balanced diets and the provision of essential food nutrients such as oil foods, fibre, vitamins and minerals which will reduce the rate of crisis and will enable them grow well.

He advised patients to guard against alcohol consumption. He said excessive consumption of alcohol has the tendency of causing dehydration, which hinders blood flow and can easily trigger a crisis.

William Davis Agyekum, a staff nurse at the Obuasi Government Hospital, called for increased awareness of the disease.

He appealed to the media to give much attention to sickle cell anaemia by educating people about it.

He said sickle cell issues cannot remain on the back burner; and advised people living with sickle cell as well as their parents to seek appropriate medical attention.

“Sickle cell is not a curse. Avoid discriminating against people living with sickle cell anaemia and encourage them to seek for proper medical care since there are proper treatments available”.

Present at the symposium were people living with Sickle cell anaemia to share their experiences, parents with sickle cell children, the Clergy, members of the Rotary club of Obuasi, officers of the Ghana Immigration Service, NABCO personnel as well as national service personnel.