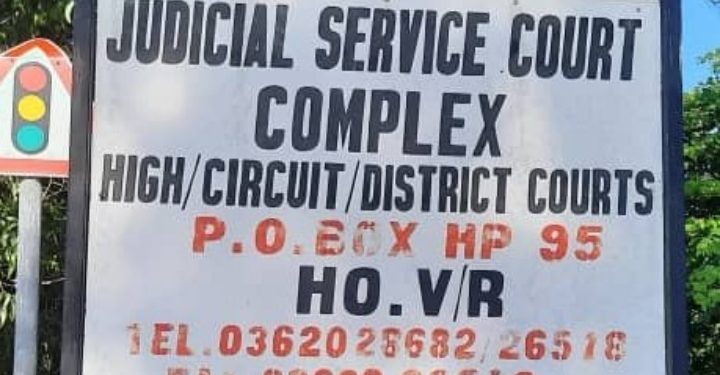 The Ho Circuit Court has for the third time adjourned the case against some 21 LGBTQI activists arrested in Ho in the Volta Region for allegedly holding a meeting to champion LGBTQI activities in the region.

The court adjourned the case after the prosecutor prayed it to give the prosecution team time to seek legal advice from the Attorney General.

The court presided over by Justice Felix Dadzomor granted the plea of the prosecutor Ayamga Yakubu Akologo, represented by Agnes Ahiable on Wednesday, June 16, 2021.

The suspects were granted bail on Friday, 11 June 2021, by the Ho High Court presided over by His Lordship Justice Yaw Owoahene-Acheampong after the circuit court denied them bail earlier.

The suspects, who include 16 females and 5 males, were first arraigned on Friday, 21 May, but were remanded into police custody by the circuit court.

The suspects, who were said to have been at a conference in the Ho Municipality where they were arrested, were charged with unlawful assembly.

A statement from the presidency said, President Akufo-Addo will not legalise such a relationship in Ghana.

“Indeed, the President remains focused on delivering on his mandate and improving the quality of lives of the Ghanaian people. It will NOT be under his Presidency that same-sex marriage will be legalised in Ghana,” the statement signed by the Director of Communications at the Presidency, Eugene Arhin added.

The statement was a response to some claims allegedly made by the General Secretary of the opposition National Democratic Congress (NDC), Asiedu Nketiah who reportedly told NDC members in Kumasi that “Nana Addo says men will marry men, and women will marry women.”