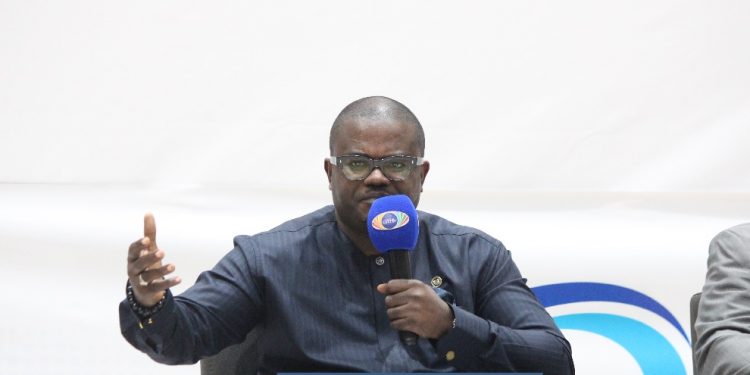 The nominee for Minister of State at the Finance Ministry, Charles Adu Boahen, has disclosed that the COVID-19 pandemic cost the country about GHS21 billion.

The nominee, who served as a deputy Finance Minister in President Akufo-Addo’s first term, made this known when he appeared before the Appointments Committee of Parliament today, Wednesday, June 2, 2021.

According to him, GHS18 billion of the said amount was funded through borrowing, with the remaining amount sourced from grants and the Stabilisation Fund.

“COVID-19 cost us [Ghana] about GHS21 billion. Of that amount, about GHS18 billion of it was funded through borrowing, and the rest came to us as grants, [along with] some monies from the Stabilisation Fund.”

When further pushed by the Minority Leader, Mr. Haruna Iddrisu as to what percentage that represents in GPD terms, Mr. Adu Boahene stated that it represents 13% of Ghana’s GPD.

Ghana’s total public debt stock has increased once again according to new data released by the Bank of Ghana.

This represents an increase of about 4 percent, and brings Ghana’s total public debt as of the end of March 2021 to GHS 304.6 billion.

The new debt figure brings Ghana’s debt to Gross Domestic Product (GDP) ratio to 70.2% as of the end of March 2021.

This is lower than the debt to GDP ratio of 76.1% recorded at the end of 2020 according to data from the Central Bank.

The reduced debt to GDP ratio despite an increase in the overall debt figure, can be attributed to the projected GDP figure of GHS433.6 billion for the year 2021.

The new GDP figure represents an increase of about 13% over the GDP figure for 2020 which stood at GHS383.3 billion.

A breakdown of the debt numbers shows that the component of the debt secured outside the country remained relatively stable in the first quarter even dropping marginally to GHS141 billion in March, from the GHS142.5 billion recorded in January and February of this year.

The external debt component as of the end of March 2021 made up 32.5 % of the total value of the economy which is projected to be about GHS434 billion for 2021.

On the other hand, the component of the debt secured locally increased steadily in the first 3 months of 2021. That is an increase of about GHS 14 billion from January to March this year, bringing total domestic debt to GHS163.6 billion at the end of the period under review, representing 37.7 per cent of the projected GDP for 2021.

The domestic component of the total public debt contains the financial sector resolution bond which was GHS15.2 billion as of the end of March 2021.