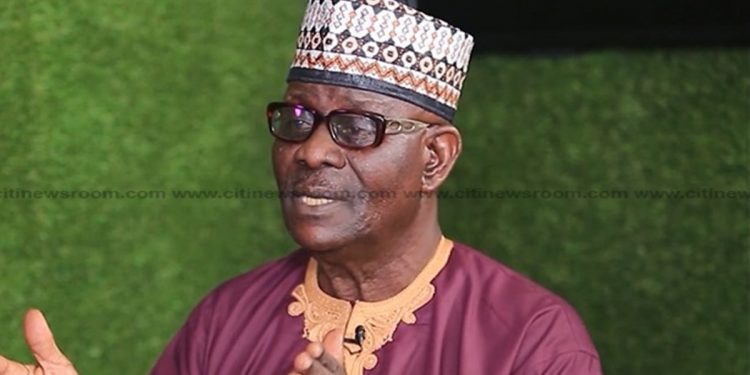 A former President of the Musicians Union of Ghana (MUSIGA), Alhaji Sidiku Buari, is worried about the limited use of technology to monitor music plays for the collection of royalties accrued in Ghana and to a larger extent, Africa’s music industry.

He believes that aside from copyright issues, the unavailability of the right technical equipment to monitor songs played in the media is a huge impediment to the industry in maximizing its full benefits.

The issue of music royalties remains a big subject for Ghanaian musicians for years unending.

The ineffective systems and structures governing intellectual property is a major headache for musicians in the country.

Sharing his riveting story on Citi TV’s FootPrints program hosted by Samuel Attah-Mensah, the award-winning Ghanaian music mogul said until such a time when technology is prioritized in the collection of music royalties, Ghana will always lag behind in the music industry advancement.

“So now, how do you pay the royalties? You pay the royalties by looking at people’s faces – that one deserves this, and the other doesn’t deserve that. I think it’s not right. These are things that have to be corrected. It’s been a long time that we’ve been trying to put things in order, but by now, it should have been done. We are just sitting like that”, Sidiku Buari lamented.

Use of social media

The former MUSIGA boss also asked players in the entertainment industry to be mindful of the downsides of social media, despite the numerous merits the platform possesses.

He urged them to always exercise caution, saying “sometimes, you see certain things on social media that are not right.”

“It is about time we changed. We don’t take advantage of having access to social media and do things that are wrong. We must do the right thing because social media is to educate”, he advised.

Alhaji Sidiku Buari, 81, contributed immensely to Ghanaian music. He has released a number of albums in the past.

The one-time Vice President of the International Federation of Musicians (FIM) also has a lot of awards to his credit, notable among them is the Entertainers Critics and Reviewers Association of Ghana (ECRAG) award.