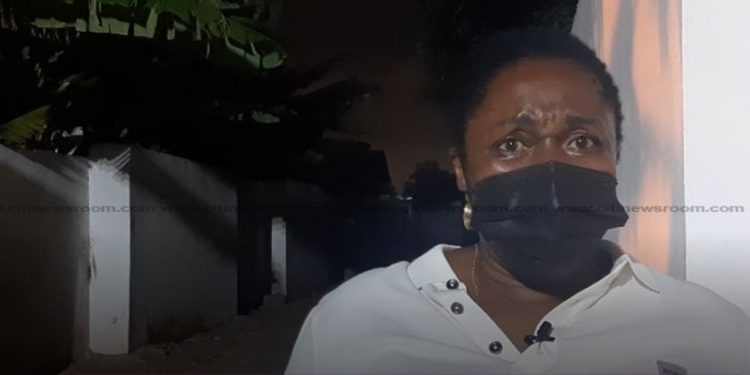 Ghana’s healthcare system widely acknowledged to be inconvenient for the average Ghanaian appears to be extending its reach to influential persons in government.

The latest to suffer from the ‘No Bed Syndrome’ is the Member of Parliament (MP) for Domeabra-Obom, Sophia Karen Ackuaku, whose pursuit to save the life of her bodyguard went less than ideally last Sunday.

She narrated the incident, pointing out that her bodyguard had complained of severe stomach pains and needed urgent medical attention.

“At about 10 am, my bodyguard started complaining bitterly about his stomach pains. So we decided to give him some minor medication at home but it was getting worse so we rushed him to the Ogbojo polyclinic, which was the nearest polyclinic,” she said.

The MP’s next best option was the Police Hospital but that appeared to be a misjudgment.

“The doctor said it was beyond her control so we had to go to the Ridge Hospital. But I told the doctor that because he [bodyguard] is a police officer, I thought it wise to go to the Police Hospital [instead]. So quickly, we sent him there but when we got to the OPD, there were so many patients there, with some lying on the floor, on stretchers and in chairs.”

Shortly after they arrived, the MP was greeted with the infamous ‘No Bed’ refrain.

Sophia Karen Ackuaku shared her frustrations with Citi News’ Kojo Agyeman: “My bodyguard was on the floor rolling and crying. I was expecting the nurses to make an effort and treat [my bodyguard’s case] as an emergency but nothing was being done.”

She was just about to be treated like any other case until she revealed to the nurses that her bodyguard was a police officer.

She knew she would get the needed attention at all costs but the events that followed worsened her state of despair.

“After about 30 to 45 minutes, I got angry and so I asked them whether they have any emergency care. Then one of the nurses asked if he was a police officer. I said yes and that he is my bodyguard before she told me there was a room available for him to lie down in. So they directed us to a room. There were three empty beds there and so he had to lie on one,” she lamented.

Fortunately, the MP’s bodyguard is currently responding to treatment.

DOT, IBM team up to provide digital and career skills for youth in Africa, Middle East