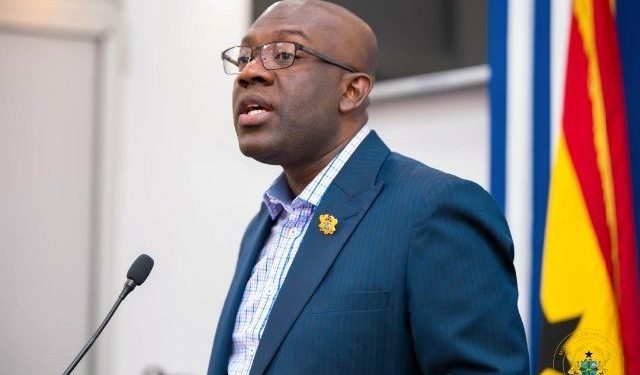 The Minister of Information, Kojo Oppong Nkrumah, has appealed to the media to embark on a vigorous public education on the upcoming 2021 Population and Housing Census.

The Population and Housing Census to be conducted by the Ghana Statistical Service (GSS) is currently at the numbering stage, where trained enumerators visit various homes within their census area to label or list structures.

Reacting to concerns about the processes leading to the exercise, Mr. Nkrumah urged the media to educate Ghanaians on the benefits of the exercise.

According to him, the exercise cannot be successful if the media does not partake in it fully.

“This also gives an opportunity to offer some education because there may be persons who do not understand the value of this exercise on their personal lives, progress, and development, and that is why someone would say this doesn’t mean anything to them unless you give them money before they participate. It also gives us an opportunity to do some education on the benefits as the Ghana Statistical Service has rolled out a whole data concerning the benefits of the census data to the citizens and to the entire population.”

“I want to plead with you to take some time and help educate the public. We have just about a week to the main exercise. I want you in the media to lift the census conversation, so that all of us succeed to get the necessary data to plan for development,” he said.

The exercise, which will run till July 11, 2021, is meant to generate data that will be used in decision-making and planning for the development of the country and its citizens.

According to GSS, it has been able to number about 70% of the estimated 11 million structures in the country in the past six days.

Government Statistician, Prof. Samuel Kobina Annim, said this forms part of the first phase of the 2021 Population and Housing Census.

“The exercise is in two phases. The first phase is what we are currently doing and the essence of doing that exercise is to achieve our primary objective of the census undertaking which has to do with comprehensive and complete coverage. So ahead of the enumeration exercise, we combed around the country to ensure that structures at different levels of completion are chalked and listed,” he said at a press briefing on Sunday, June 20, 2021.