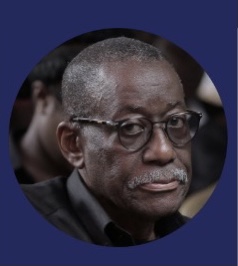 Lawyer for Edward Akufo-Addo, a businessman and biological brother to President Nana Addo Dankwa Akufo-Addo, has denied claims that his client has used the presidential jet for a private trip.

In a suit filed against, the Class Media Group, a journalist and two panellists who allegedly made the claim against him, he said the assertion is “utterly false and a product of the Defendant’s malicious imagination and were calculated solely to disparage him and bring his name into opprobrium.”

He said besides the fact that he did not use the jet last week, he has never used it for a personal trip.

Edward Akufo-Addo, also known as Bompty, said radio host of Accra FM, Kwabena Bobbie Ansah, the Class Media Group, the Executive Director of Alliance for Social Equity and Public Accountability (ASEPA), and Executive Director of a group called the Good Governance and Advocacy Group Ghana, defamed him on ‘The Citizen Show’ on May 29, 2021.

He is therefore demanding GHS 10 million in damages, an apology and an order restraining the defendants from further denigrating him.

The writ filed by Messrs Akufo-Addo, Prempeh & co., said “By reason of the impugned publication, Plaintiff’s reputation and character has been severely damaged, and he has suffered considerable embarrassment, emotional torment, and distress. Plaintiff has been brought into public odium and contempt. Plaintiff says that the damage caused to his reputation is substantial as a result of his several years of education out of Ghana and extensive business dealings with partners outside Ghana.”

Plaintiff says that the impugned publication by Defendants has received huge circulation on social media platforms, causing Plaintiff to receive several calls from concerned friends, business partners and family members in the country and abroad.”

It further said that “In seeking aggravated damage, the Plaintiff shall contend and so prove that the Defendants in publishing or causing to be published the statements complained of, were actuated by malice, in that they knew the words complained of to be utterly false, yet, 1st and 2nd Defendants looked on as 3rd and 4th Defendants make the statements without exacting any form of proof.”

The show host and two discussants claimed that Edward Akufo-Addo used the presidential jet for a private trip to Abuja, Nigeria, but the plaintiff says those claims are false.

NDC Member of Parliament for North Tongu, Samuel Okudzeto Ablakwa, recently revealed that he has filed an urgent question in Parliament over what he considers to be wasteful expenditure on President Akufo-Addo’s foreign travels.

The MP has alleged that the President, Nana Addo Dankwa Akufo-Addo, has spent an amount of GHS 2.8 million on his recent travels to only South Africa and France using the services of a private jet, while the Presidential jet is parked.