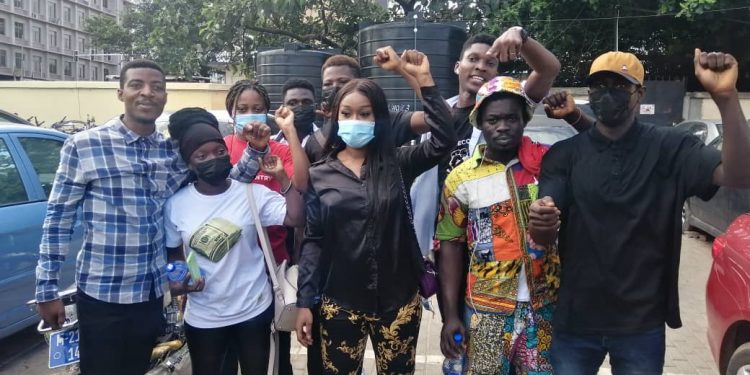 The about 15 members of the #TheFixCountry campaign who were arrested earlier on Friday for massing up at the premises of the High Court in Accra have been released on bail.

The arrested persons, including social media personality, Efia Odo were held at the police station and made to write their statements before being discharged and asked to return on Monday, June 28, 2021. 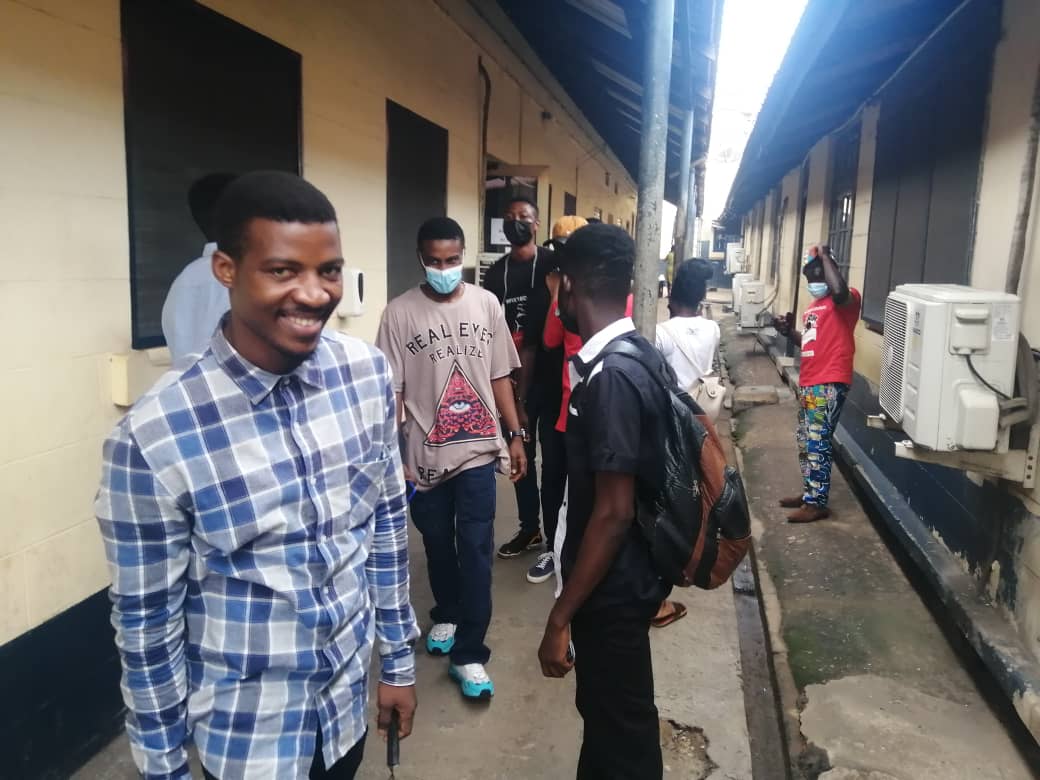 Efia Odo, who confirmed the development to Citi News, told Umaru Sanda Amadu on Eyewitness News that, their lawyers engaged with the police, and they were granted bail.

“Nobody came to us to say the reason why we were arrested. They spoke to our lawyers, and we were granted bail. They said all of us should come back to the police station on Monday,” she said.

The reason for the arrest is unknown, except that they were at the High Court to support the lawyers of the group in a lawsuit that was brought against them. 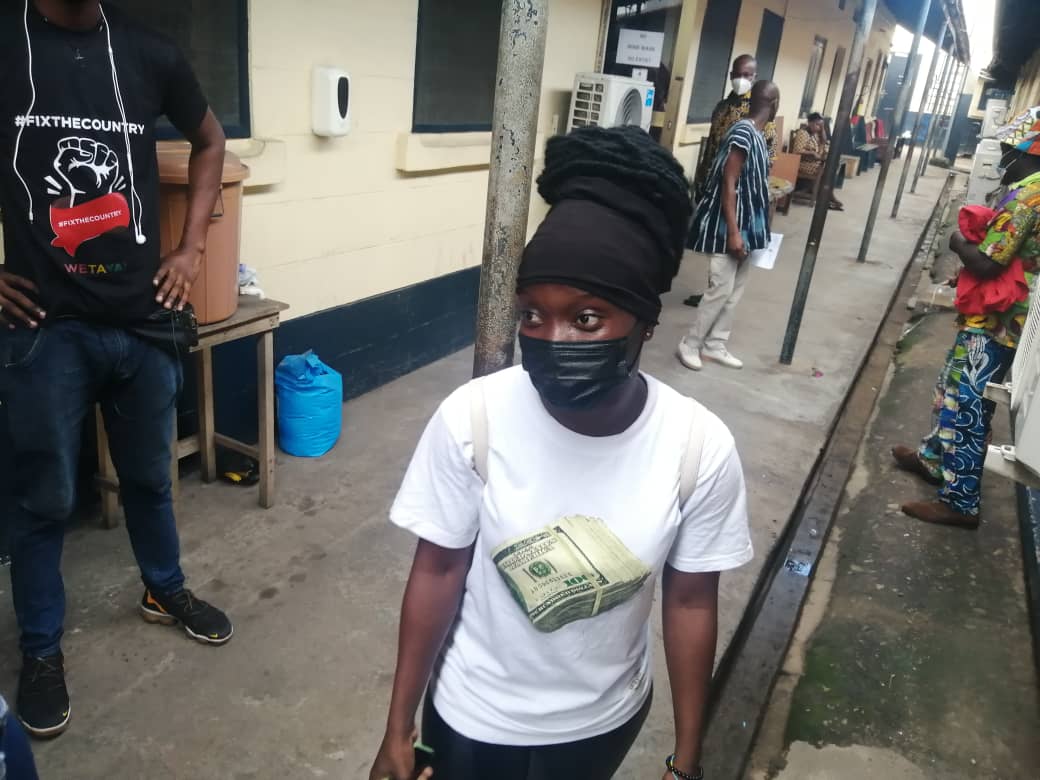 Before the arrest, the campaigners were outside the court premises taking photos while waiting to return to the courtroom later to hear the court’s judgement.

“I was with the conveners, and we were taking pictures. It wasn’t a huge crowd, and we were outside the premises of the courts. No security guard came to say we were making noise or anything,” she said. 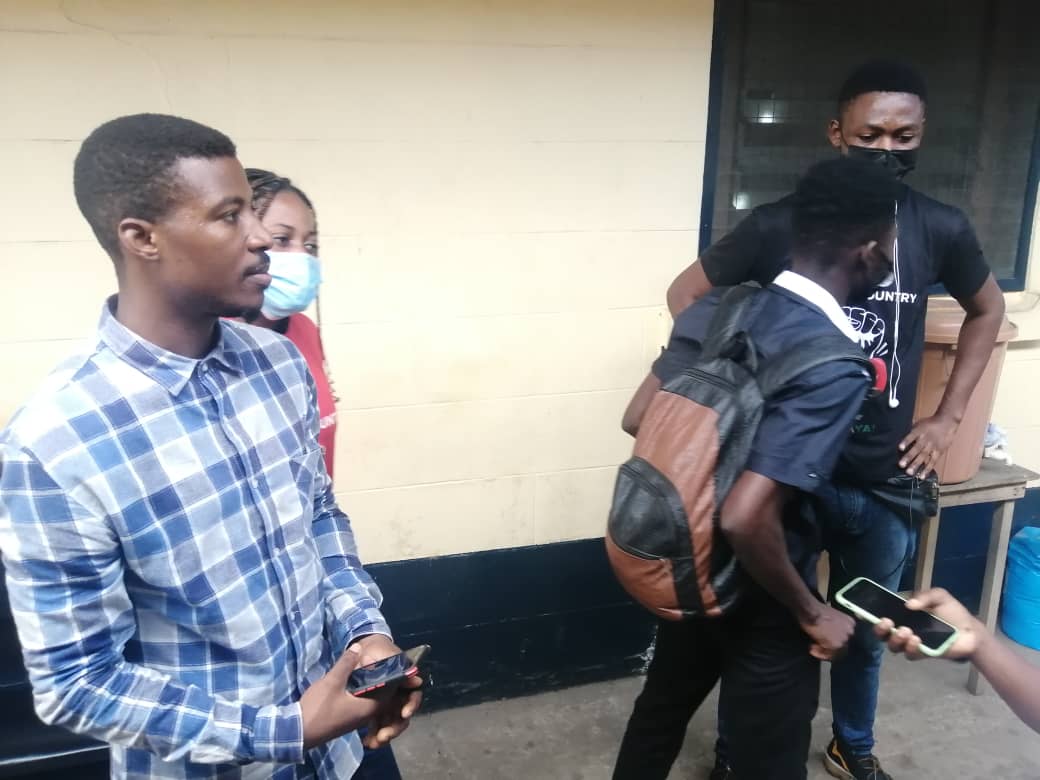 She added that while the men were put behind bars, the women who were arrested were made to sit outside.

“I and two other ladies were waiting outside while the guys were put in a cell. They took our phones, but they gave them back to us,” she recounted.

Meanwhile, the High Court dismissed a preliminary objection that sought to prevent the Attorney General from representing the Police Service in the case.

The lawyers for the leaders of the #FixTheCountry protest march objected to the Attorney General’s appearance in court on Monday, arguing that the case was purely and solely within the domain of the Ghana Police Service to prosecute.

But Justice Ruby Aryeetey of the Criminal Division of the High Court agreed with the submissions of the Attorney General in the matter.

In her ruling on Friday, June 25, 2021, Justice Aryeetey said the Attorney General was the go-to person for all criminal trials in the country, and for all civil trials involving the government and its agents.

By this determination, the court is going ahead to hear the substantive matter of the injunction against all #FixTheCountry demonstrations.