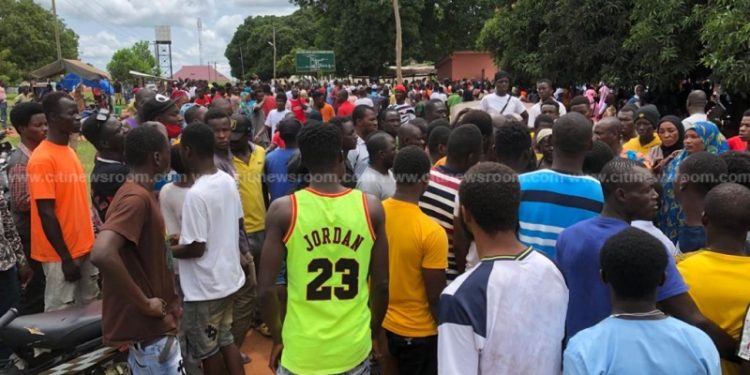 The Kontihene of Ejura, Odiasempa Antwi Obugyei II, says the methods employed by the military personnel to disperse the crowd that had gathered in protest, following the burial of the late Ibrahim Mohammed, were extreme and unprofessional.

Two persons lost their lives, while four others sustained injuries after some soldiers opened fire on protestors in Ejura on Tuesday.

The residents are reported to have pelted stones at the officers who had been deployed to restore law and order, during the burial of the late social activist, Ibrahim Muhammed, whose demise sparked the protest and calls for justice.

The military responded by firing live bullets into the crowd, leading to the two deaths.

In an interview with Citi News, the Kontihene of Ejura said the government must institute an investigation into the shooting and the deaths and injuries recorded.

He said there must be justice for the lost lives.

“Behind the police vehicle, there was this army vehicle that was also coming, and the youth were pelting them with stones. I believe that provoked them to also open fire. It was unfortunate, but I think they could have used rubber bullets to disperse them or, better still, fired warning shots. But they fired live bullets into a group of people, and it was not professional.”

“I wouldn’t say it was professional. For me, it was too extreme. We want the government to come to our aid to find justice for us. We want those who killed Kaaka and those who instructed the military to open fire dealt with.”

“I urgently call on President Nana Akufo-Addo to initiate an immediate de-escalation of the situation in Ejura,” he said in a statement issued on Tuesday, June 29, 2021.

After the burial, some residents of Ejura were confronted by a joint team of police and military personnel, which led to the death of two persons.

Ejura: ‘Be measured in how you handle protesters’ – NDC to security agencies