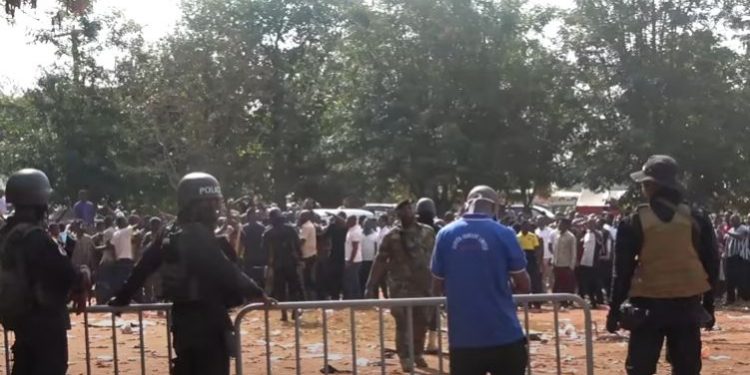 Families of persons who were killed in the Techiman South  Constituency during the 2020 general elections have welcomed assurances by the government to support them. They’re however demanding a speedy prosecution of all persons responsible for the deaths and injuries.

Abdallah Ayaric and Tajudeen Alhassan, lost their lives when security personnel fired shots to disperse a crowd that had gathered at the Techiman South constituency collation centre on 8th December 2020.

About six others were also injured in the process.

A spokesperson for the families, Ibrahim Baba Bukari, said justice for their lost brothers will serve as a deterrent to others.

“What matters to us is that the perpetrators, those who killed our loved ones should be punished to serve as a deterrent to others because on that fateful day, they were not fighting, it wasn’t NDC and NPP having grudges. They just went there to vote and witness the counting and collation of the results and this unfortunate thing happened,” he said.

Interior Minister, Ambrose Dery, during a visit to the family on Thursday, reiterated the government’s commitment to bring closure to the matter.

“As Minister for Interior, the CID has given me a progress report. There has been no report that this young man who died under unfortunate circumstances was an armed robber. It is not anywhere. If that is the impression of the family, then I may want to apologize to you. That is not the case. It is purely an election mishap.”

“So I want to assure the family and commiserate with them that, there is no allegation of armed robbery or illegalities. All we are trying to do is to understand the circumstances that led to all of this. But be rest assured that the reputation of those who died have not been tarnished at all”, he said.