Euro 2020: how football managers and coaches control the narrative 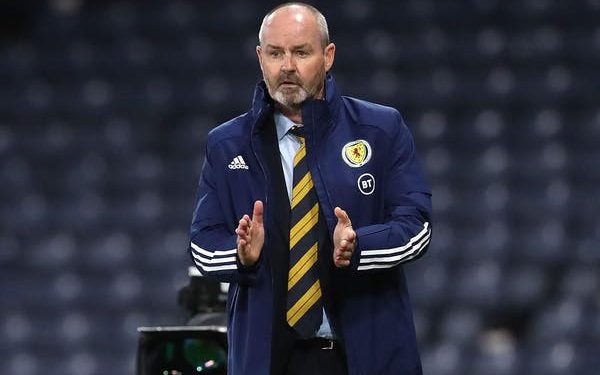 “Should I shout and show ‘passion’, or stay quiet and appear ‘calculated’? Will I echo the feeling of the fans or stay aligned with the views of the board? Am I a suit-and-tie manager or a tracksuit and boots coach?” These decisions may appear trivial, but the impression a football manager or coach makes on the stakeholders who monitor their performance can influence their credibility, effectiveness and job security.

Knowing how to “work your audience” has long been important for launching and sustaining a successful career in football management. Associated with a series of public theatrics, the job requires real-life actors to move between performative stages for different groups as they attempt to manage impressions up (such as in relations with board members), down (with players and support staff), and sideways (with fans and media).

As coaches and managers gear up for the UEFA European Championships, let’s consider the impressions that each nation’s manager might be trying to make, while also acknowledging the mental health dangers of coaches prioritising how they look over how they feel.

Coaches and managers as actors

Sociologist Erving Goffman’s ideas of performativity suggest a tendency for people to engage in behaviours that others will judge favourably. This can be understood using the metaphor of an actor adopting a character that fits a script in a given social context. The actor may not naturally align themselves with the projected qualities and traits of the character they are portraying, and how they act “off stage” could be entirely different. Yet, on stage, they conform to the persona that the audience desires.

Coaches operate in a very similar way. Studies on depression and alcoholism in sports coaching have revealed a great deal about this phenomenon in football. Research into the matter gives an example of an elite coach portraying a confident image to players and staff, despite experiencing turmoil off stage in his private life. Here, the coach was aware that putting on a professional front is desirable because becoming “discredited” would jeopardise job security and hinder project success.

Managers’ use of language also gives away a lot about attempts to “perform” in their industry. In the absence of Wales manager Ryan Giggs, for example, assistant manager Robert Page has been tasked with steadying the ship through the Euros. When Page stepped up, Wales were in disarray, so using resilient phrases like “put your tin hat on, dig a trench, and rise to the challenge” in interviews may be intended as a rallying call to Welsh supporters in overcoming adversity.

Page is now regarded as a potential permanent replacement for Giggs, and has presented a demeanor of confidence when discussing big calls like squad selection and match preparations with the press. But hierarchy and loyalty matter in the workplace, which is reflected in Page’s decision to also publicly thank Giggs for his on-going offer of advice and support.

This juxtaposition between backing his own capacity to lead while respecting Giggs’ authority is a delicate micropolitical balance. Downplay his competence too much and Page risks portraying himself as a deferential assistant. Promote himself too much and Page risks being seen as disloyal. During the Euros, pay close attention to what Page communicates about his ambitions and how.

Research has also shown that clothing has an impact on public perceptions of managers. This report on the clothing styles of French professional football managers identified three broad wardrobe choices managers tend to choose from to make impressions on their audiences. Some use the business suit to denote themselves as the professional “boss”. Others the “hands-on” tracksuit warrior look (think Page) and then there’s the middle-ground, smart-casual “project leader” appearance (think Manchester City manager Pep Guardiola).

Without suggesting that a manager’s micro-political strategy can be pigeonholed into an all-encompassing dress profile, England manager Gareth Southgate’s appearance fits loosely within the “boss” profile. This compliments his measured touchline behaviours and statesman-like media handlings.

Southgate recently revealed that while his “boss” look will continue at the Euros, his signature waistcoat won’t because he now sees it as a “gimmick” that needs to be removed from his image. Ditching what has become a fancy dress accessory among fans may be a public statement of Southgate’s seriousness to reach a final. Here he shows shrewd awareness of how his attire creates an impression.

Scotland national team manager Steve Clarke is an example of a manager who rarely shows emotion. However, in the face of the fact that the Euros will be the first major tournament Scotland have taken part in since 1998, he recently expressed how emotional and proud he felt about the achievement in his post-match interviews, mirroring the nation’s euphoria and consolidating his popularity as manager.

Clarke admits that his typical seriousness is a “professional face” he puts on to hide his nervousness, tension, and other “usual head coach emotions” from public view. Concealing vulnerable feelings is a common strategy among coaches, because as leaders they worry over appearing weak or incompetent to others. Clarke’s case provides a lesson in exploiting opportune moments to make positive impressions and highlights how managers and coaches can absorb stigmatizing assumptions about what a leader should look like.

One certainty at the Euros is that managers will try to manipulate the impressions of others to further their own agendas. Unfortunately, the urge to “look” and “sound the part” may be a front for tumultuous experiences behind the scenes. So during the highs and lows of the championship, stakeholders in football should be aware of the person behind the performance and think twice before lambasting a manager. Meanwhile, other professionals could perhaps learn from these high-profile coaches, and consider what they can do to manage impressions in their own careers.

The authors of this article are Mark James Carroll, Colum Cronin and Simon J Roberts.