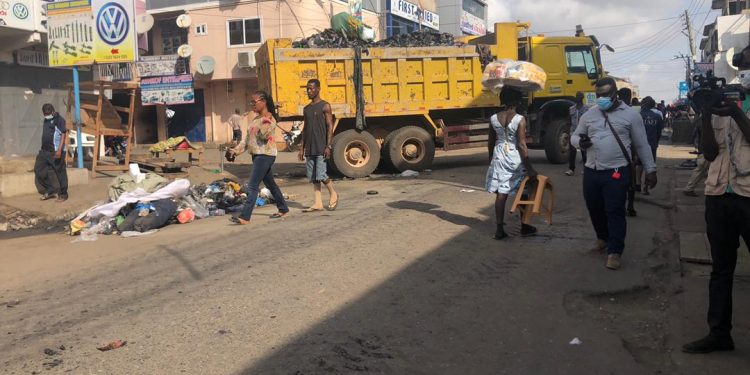 The Ablekuma Central Municipal Assembly says plans are underway to relocate spare parts dealers from Abossey Okai to a proposed spare parts village at Afienya and Dawhenya in Accra.

This comes after hundreds of unauthorised spare parts dealers at Abossey Okai in Accra were, on Thursday morning, evicted from the business hub by the Abossey Okai Spare Parts Dealers Association after they were cautioned by the union to leave, as part of efforts to help decongest the enclave.

The co-Chairman of the Abossey Okai Spare Parts Dealers Association, Clement Boateng, stated that the activities of the unauthorised spare parts dealers have contributed to the massive congestion in the area.

“We have been complaining that Abossey Okai is congested in terms of people who sell in the middle of the roads, people have also dumped unserviceable vehicles here for a number of months and even years, and they have not come for them. People have also turned this place into a car repairs workshop that they can bring their cars and repair them here. All that contributes to the congestion here in Abossey Okai,”

Speaking to journalists during the decongestion and clean-up of the Abossey Okai spare parts hub, the Municipal Chief Executive of Ablekuma Central, Mariama Karley Amui, said the new site will be spacious enough to accommodate the activities of the traders.

“At Abossey Okai itself, you can even find spare parts in individual homes, and the place is choked. When we sacked them from the roads, they were still trying to find their way across and still sell behind the gutters. But the Regional Minister is trying his best, he has secured land at Dawhenya and Afienya, and he is working on it so when all is well and done, we will be moving them to a bigger place called the Spare Parts Village, but that is going to be a gradual process.

“You know individuals have got their shops here, so you can’t just tell them to move, so we are going to do it gradually. So when you come, we will have a place for you and you will have no cause to stay on the road again,” she stated.

‘Sir John was a loyal friend; he believed in me’ – Nana Addo mourns 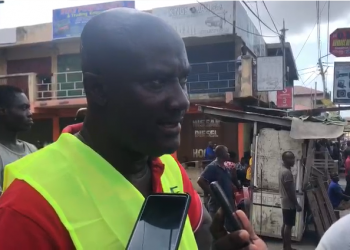