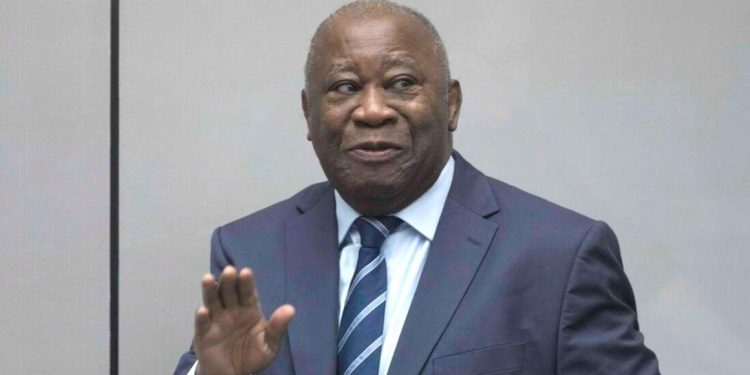 Mr Gbagbo filed his application on Monday with a matrimonial court judge of the Court of First Instance of Abidjan, a statement from his lawyer revealed.

The brief statement issued by the former president’s long-time lawyer, Claude Mentenon, said Gbagbo took the decision to go to court as a last resort, after Simone’s “repeated refusal” to consent to his request for a mutually agreed separation agreement.

Gbagbo’s application comes three days after he returned to the country following his acquittal and after nearly a decade since he was transferred to The Hague in The Netherlands where he went on trial for war crimes in relation to the 2010 post-election violence that led to the deaths of over 3,000 people.

The former President returned to Abidjan on June 17.

Gbagbo was indicted alongside Simone and a former youth minister, Charles Ble Goude.

While the Ivorian government refused to handover Simone to the International Criminal Court (ICC), Gbagbo and Goude were tried and acquitted for lack of evidence by the prosecutors.

There had been rumours of a rift between Gbagbo and the 72-year old former First lady, who was seen as key influence on his presidency.

The couple, which got married in 1989, have two daughters together. They have been in political activism together, and jointly formed the Ivorian Popular Front (FPI) which, after years of opposition to Ivory Coast’s independence leader Félix Houphouët-Boigny, won elections in 2000.

Many believe Simone influenced Laurent to refuse to concede defeat after the 2010 polls in which current President Alassane Ouattara was elected.

After weeks of fighting, forces loyal to Ouattara stormed a bunker in the private residence of Mr Gbagbo and detained him together with Simone.

The former president, who is 76, was in the company of 47-year-old former journalist, Nady Bamba, when he arrived in Abdijan from Brussels last Thursday. Simone welcomed him at the airport.

'CJ must guard against dragging judiciary into the political space' - Suhuyini