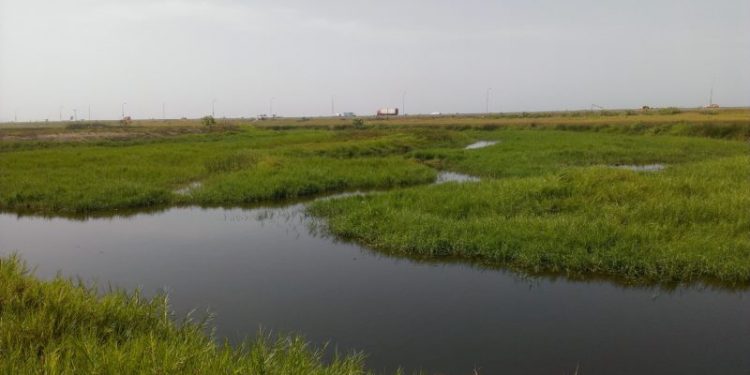 The Overlord of Plerno, Kokrobite, Langma, and Tuba in the Ga South Municipality, Nii Ayinsah Sasraku III, is calling on the security agencies to arrest traditional leaders and individuals who sell Ramsar sites and swampy areas to developers.

According to him, this contributes greatly to the perennial flooding experienced in parts of the country during a downpour.

A Ramsar site is a wetland of international importance for migratory animal life, especially birds, under the Ramsar Convention.

In an interview with Citi News on the sidelines of an event to plant 500 trees at Kokrobite and its adjoining communities, Nii Ayinsah Sasraku III, said the indiscriminate sale of lands meant to be Ramsar sites must cease.

“Ramsar sites are not supposed to be sold. It is a Ramsar site in plain terms, but it seems like some of the youth have turned themselves into land guards and are selling these Ramsar sites and swampy areas without authority. So I am appealing with the traditional authorities, especially, the security agencies to arrest anybody caught selling swampy areas or Ramsar sites.”

“I am using this platform to caution other traditional authorities to adhere to the laid out rules. We have proper schemes prepared by the municipal assembly, and we have copies. There are utility areas that have been earmarked on all the schemes. Nobody should sell Ramsar sites and swampy areas,” he cautioned.

The Minister of Roads and Highways, Kwasi Amoako-Attah had earlier tasked the Municipal Chief Executive for Adentan to demolish all structures erected at the Ramsar site close to the Adjiriganor bypass project.

He observed that buildings are springing up at a fast rate within that enclave and swift action must be taken immediately.

Speaking to the media after inspecting the Adjiriganor bypass project, Mr. Amoako-Attah said putting up buildings at Ramsar sites was illegal.

“Take the necessary steps to raze down these [structures],” he told the Adentan MCE, Daniel Alexander Nii-Noi Adumuah in April 2021.

“If you need any support call on me. We will come here and raze these walls no matter who owns them,” Mr. Amoako-Attah added. 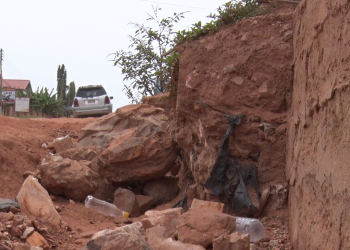