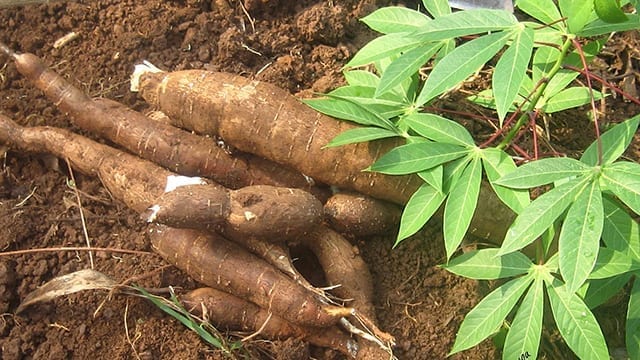 The International Atomic Energy Agency (IAEA) has approved €40,240 funding for the Biotechnology and Nuclear Agriculture Research Institute (BNARI) of the Ghana Atomic Energy Commission (GAEC) to produce cassava varieties that are tolerant to the Cassava Brown Streak Disease (CBSD).

The lead researcher on the project, Dr. Wilfred Elegba, who is a Research Scientist at BNARI, made these remarks in an interview and noted that the project would help develop varieties tolerant to CBSD to prevent pandemics in West Africa.

“Cassava is an important staple crop that provides food and income for about 700 million Africans. However, its production in sub-Saharan Africa is severely constrained by viral diseases, key among which is CBSD,” he noted.

According to him, the research project which is titled “Development of Cassava Brown Streak Disease Tolerance in Farmer-Preferred Cassava Using Gamma Radiation and Chemical Mutagenesis” for the period, 2021 to 2026, forms part of IAEA’s Coordinated Research project on “Development of Integrated Techniques for Induced Genetic Diversity and Improvement of Vegetatively Propagated and Horticultural Tree Crops”.

Dr. Elegba who is also the Chief Scientific Investigator (CSI) for the project, explained that the project would leverage nuclear and molecular techniques in combination with biotechnology to generate induced genetic diversity in cassava for tolerance to CBSD.

“Mutagenesis represents an alternative strategy to overcome genetic barriers that limit the development of virus resistance and other desirable agronomic traits in cassava,” he added.

“The other objectives of the project are; to develop or refine protocols for tissue culture, chimaera-free regeneration, and retention of induced mutation in cassava and to develop tools and methodologies for functional genomics, marker development, gene editing, and/or genomic prediction in cassava,” he stated.

“The research team at BNARI is delighted to contribute to food security in Africa through the development of CBSD tolerance in cassava varieties that are cultivated by farmers in Ghana and Africa at large,” he added.