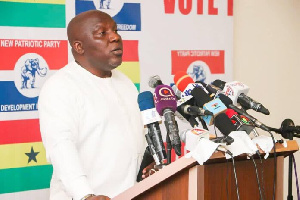 The Eastern Regional Minister, Seth Kwame Acheampong, says the burning of excavators and other equipment as part of the fight against in illegal mining, is a necessary action.

A section of the public has condemned the action and rather asked for the seized equipment to be used for other equally important  national activities.

Others have also raised questions about the legality of the action since the Minerals and Mining Act does not recommend a destruction of seized equipment.

But President Akufo-Addo has dared those who disagree with the burning  to go to court.

Speaking to the media, the Eastern Regional Minister argued that the devastation caused by illegal mining activities in his region justifies any measure taken to deter others.

“I support the burning of the seized excavators in a democratic state. It is strictly governed by the rule of law, and I support the call by the President that if anyone doesn’t understand anything, that is why the law courts are there to challenge any action of the state and move on.”

“Ghana must succeed, we cannot continue in this endeavor. We must bring it to a halt at a point in time in our lives”, the Minister added.