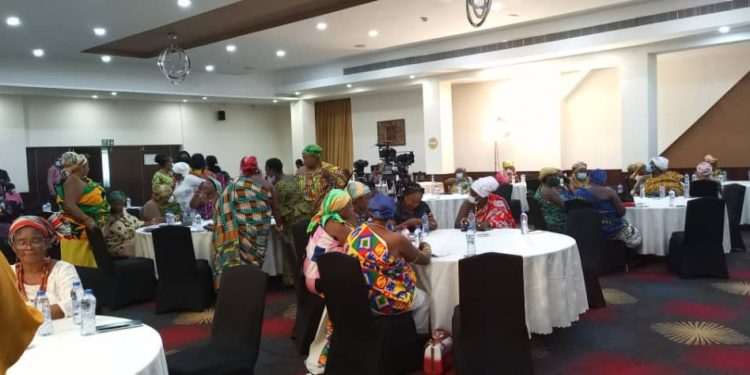 The Ministry of Gender, Children and Social Protection, has indicated that it is strengthening collaboration with queen mothers to fight various harmful practices against vulnerable groups and bridge the inequality gap.

At a policy dialogue and training programme held in Accra, the sector minister, Sara Adwoa Sarfo in a speech read on her behalf said queen mothers are important stakeholders who can effectively work as advocates in their various communities to bring to an end all forms of harmful practices, especially against women and children.

The Chief Director of the Ministry, Dr. Afisah Zakariah, who read the speech said the ministry was hopeful that the partnership with all stakeholders especially the queen mothers, will result in addressing problems such as child marriage, female genital mutilation, teenage pregnancy among others.

“The role played by each of us is very critical as the responsibility does not solely rest on government but demands the collective efforts of development partners, non-governmental organizations, civil society organizations, and especially our queen mothers.”

“It is our hope that the collaboration with key stakeholders such as our cherished queen mothers who play significant roles in the areas of advocacy to end child marriage, teenage pregnancy, female genital mutilation, and other harmful socio-cultural practices in our society will continue for the betterment of our society.”

The Minister further said the Ministry had implemented various social intervention programmes aimed at protecting women and children, as well as other vulnerable groups.

Among the programs is the Livelihood Empowerment Against Poverty and the School Feeding Programme.

The Queen Mother of Osudoku Traditional Area, who doubles as the President of the Queen Mothers Platform, Nana Amponsah Dokua III, said they appreciate the partnership established with the ministry.

She said she is hopeful that the partnership will lead to the greater good of their respective communities.

She said while an association of queen mothers has long existed, their creation of a Queen Mothers platform with proper administration and a structure better positions them to effectively contribute to societal development.

“The Queen Mothers’ Platform, Ghana, is poised to work as an ally in advancing the national agenda on Gender, Children and Social Protection… Even though we have always existed as an association, this renewed structure under the name Queen Mothers’ Platform, and the well-organized governance and leadership arrangement set up has positioned us for opportunities for a more structured and purposeful engagement,” she said. 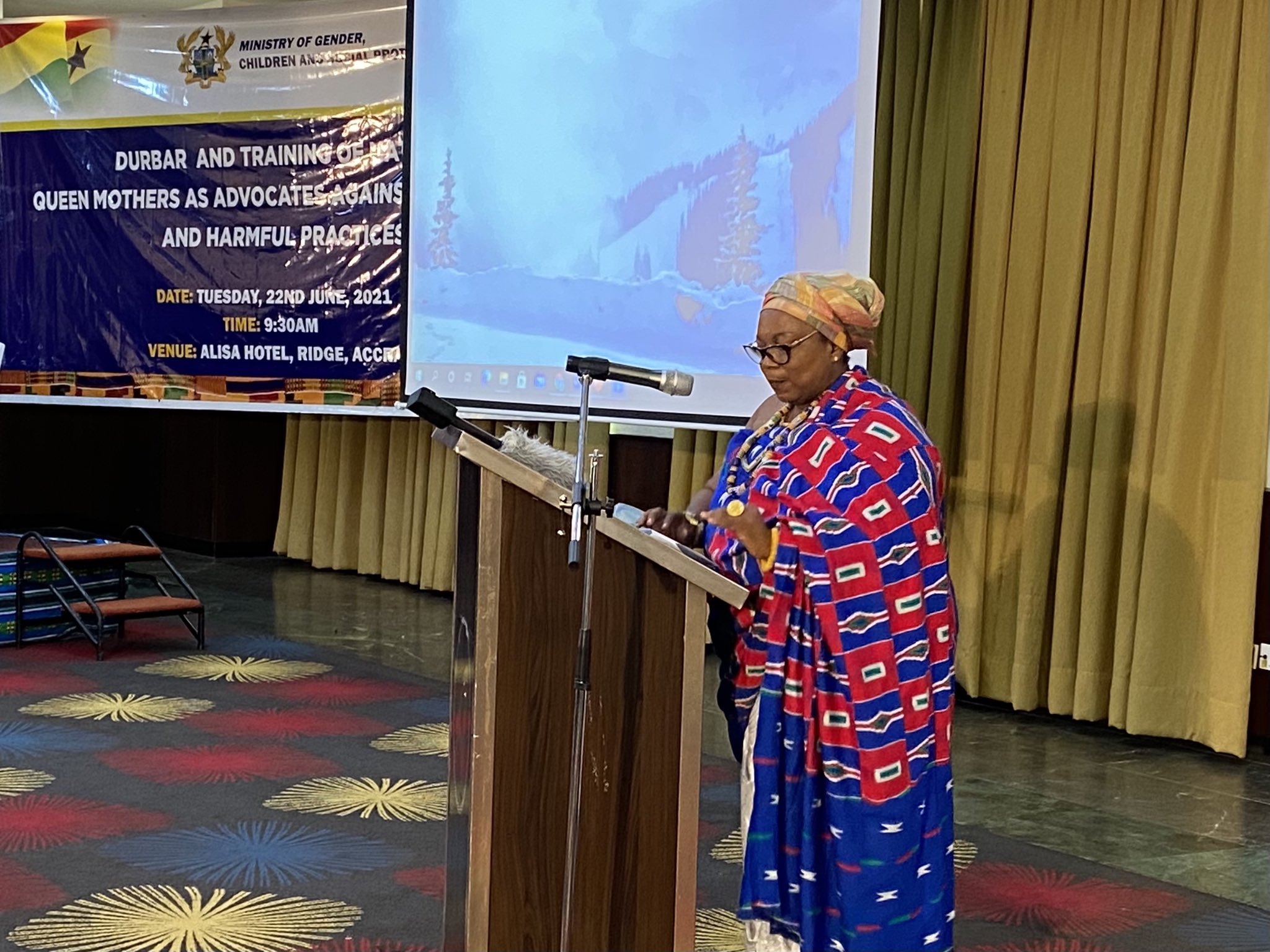 Nana Amponsah Dokua III added that “we truly appreciate the effort of the Ministry for Gender, Children for organizing this meeting with us. We also hope to use this maiden meeting as the step towards a strong partnership with the ministry.”

Meanwhile, Selina Owusu, the National Programme Analyst on Gender at UNFPA said the engagement with the queen mothers is timely and fits perfectly in the UNFPA’s agenda to end all forms of gender-based violence and harmful traditions.

“The UNFPA continues to support the Ministry for  Gender, Children and social protection to strengthen the coordination at all levels including our esteemed traditional leaders,” she said.