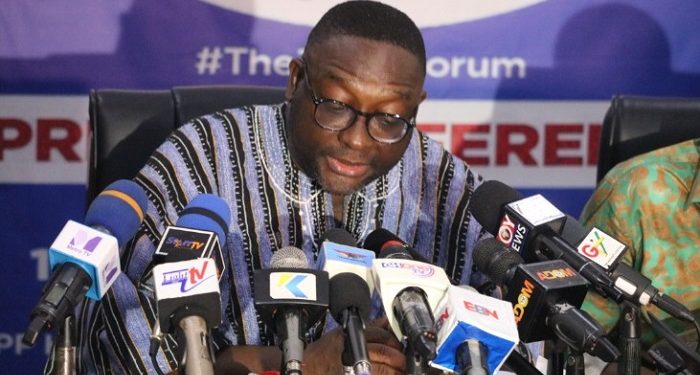 The governing New Patriotic Party (NPP) has defended its decision to terminate a power purchase agreement with the Ghana Power Generation Company (GPGC) which has led to Ghana being slapped with a $170 million judgement debt.

The opposition National Democratic Congress (NDC) at a press conference on Monday took a swipe at the government for incurring the judgement debt.

But according to the NPP, the government acted in good faith as the contract was abrogated based on the recommendations of a committee.

“I think the government acted in good faith because it was actually acting on the recommendations of the committee that was set up by the NDC government and not even an NPP government. So the government was acting in good faith and looking at the best way forward. Other matters came up, but in terms of the method of termination, I think it was a strategy that government reserves the right to use.”

Buaben Asamoa also said the government would in future adhere to all agreed strategies in the Energy Sector Review Program to address all concerns in the Energy sector.

A former Energy Minister, Boakye Agyarko, has justified the government’s decision to terminate the power agreement, insisting that he is not responsible for the turn of events.

According to him, the country would have lost more from excess power generation if the agreement had remained.

For that reason, he insisted that Ghana is “better off” with this judgement debt.

Former Power Minister, Dr. Kwabena Donkor, under whose tenure the deal was signed, had said he is ready to answer any question regarding the signing and subsequent abrogation of the agreement.