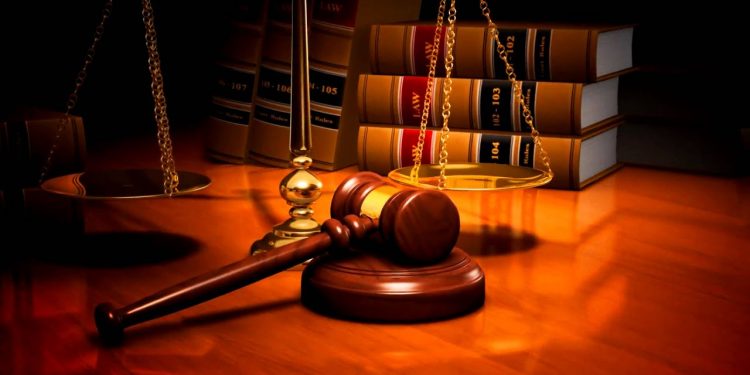 The Atewa Forest illegal miners who posed as national security operatives have been granted bail by a Koforidua Circuit Court in the sum of GHS350,000 each with two sureties, one to be justified.

The 32 accused persons, who were refused bail twice last month and remanded into police custody, are to re-appear at the Circuit Court on July 8, 2021.

Earlier, their lawyers prayed the court presided over by Mrs. Mercy Adei-Kotei that they wouldn’t jump bail, and that they would be available anytime the court needed them, and should therefore be considered for bail.

The facts of the case as presented by the prosecution team led by Assistant State Attorney Dickson Donkor, are that, on May 4, 2021, the accused persons who carried themselves as operatives of the National Security, stormed Akenteng, a community in the Atewa Forest reserve mining for gold illegally.

Following security intelligence, it emerged that the accused persons, armed with weapons, were undertaking illegal mining activities in the name of the National Security and harassing inhabitants of various communities in the area.

The prosecution said on the strength of the intelligence picked, a team of police officers both plain-clothed and uniformed officers from the National Security Secretariat, were dispatched to the area to ascertain the facts.

A team of police officers from the Eastern Regional Police Command then joined the national security team and proceeded to Akenteng, a portion of the Atewa forest reserve in the Atiwa East District, where the team met and rescued the accused persons from an angry youth who had already invaded the forest to arrest them.

According to the prosecution, preliminary investigations showed that the accused persons carried themselves as national security operatives whereas, in fact, they were not.

It added that armed with weapons, they had been visiting several mining towns and villages within Ashanti and Eastern Regions to carry out illegal mining.

The prosecution also established that the accused persons as part of their unlawful activities, threatened, demanded, and seized an unspecified kilogram of gold and huge sums of money from some small-scale miners in the name of national security, and were arrested in the process of mining for the gold and sent to Accra later for interrogations.

In the course of the interrogations, the accused persons said they were not officers of national security as they had claimed.

Universities’ Senior Staff yet to call off strike after ‘fruitful’ meeting with NLC, Fair Wages