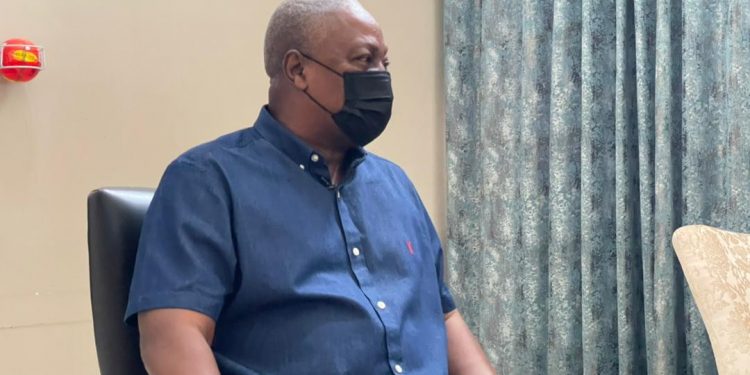 Former President John Dramani Mahama has asked President Nana Addo Dankwa Akufo-Addo to immediately find ways to de-escalate the tension at Ejura in the Ashanti Region following the killing of a social activist and two protestors in the area.

“I urgently call on President Nana Akufo-Addo to initiate an immediate de-escalation of the situation in Ejura,” he said in a statement issued on Tuesday June 29, 2021.

After the burial, some residents of Ejura and security personnel clashed, which led to the death of two persons.

The two were among six persons who were shot during the clash and taken to the Ejura Government Hospital.

The clash occurred when some residents pelted stones at the security personnel who were deployed around the burial grounds of the late social activist.

Meanwhile, the Ashanti Regional Police Command has said it has commenced investigations into the circumstances that led to the incident between security personnel and some Ejura residents.