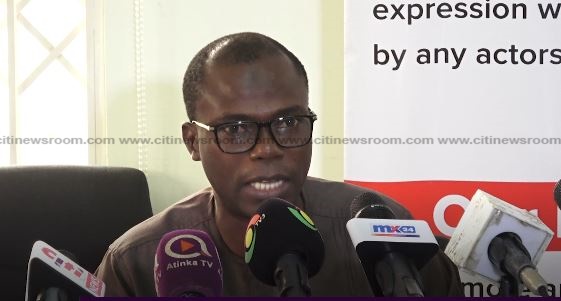 The Media Foundation for West Africa (MFWA) has criticised President Nana Addo Dankwa Akufo-Addo for suggesting that ongoing discussions on the challenges facing the Free Senior High School (SHS) policy amount to a campaign against the policy.

The President has accused an unnamed radio station of waging a campaign against his administration’s flagship Free SHS programme.

While reacting to the President’s position on growing concerns of a “culture of silence”, the Executive Director of the Media Foundation for West Africa, Sulemana Braimah, said the President’s comments were disturbing as it did not encourage media houses to freely discuss government policy.

“If a media house is discussing a policy initiative of the government and the President says that amounts to a waging a campaign against the policy, what then happens is that, other media houses are going to be silent, those who wouldn’t be silent may have to embrace the policy and find voices of support and endorsement and chorus of praise-singing. I think this doesn’t help, especially when it comes from no less a person than the President himself. I think this is unfortunate.”

President Akufo-Addo refuted the perception that his government is overseeing a culture of silence and also challenged claims that press freedom has suffered under his presidency.

President Akufo-Addo, however, said his government would be within its rights to challenge the assertions made by some media houses.

Moving forward, he said both the media and government need to be open to dialogue on issues.

“Knowledge has never been a gift granted exclusively to one group. We must listen and hear each other more,” he implored.

Ultimately, President Akufo-Addo said the amount of criticism he has received, which would have not been tolerated under certain regimes in Ghana’s political history, was evidence of the healthy state of the press.

“I find it ironic that the presidency of a man who has been and continues to be daily the most vilified political figure of his generation can be accused of presiding over a culture of silence.”

“There is no midnight knock on the door in Ghana or authors of dissenting views nor will there be during my presidency,” President Akufo-Addo assured.

Reshuffled ministers, deputies must be vetted to improve governance – Kyei-Mensah-Bonsu

Reshuffled ministers, deputies must be vetted to improve governance - Kyei-Mensah-Bonsu