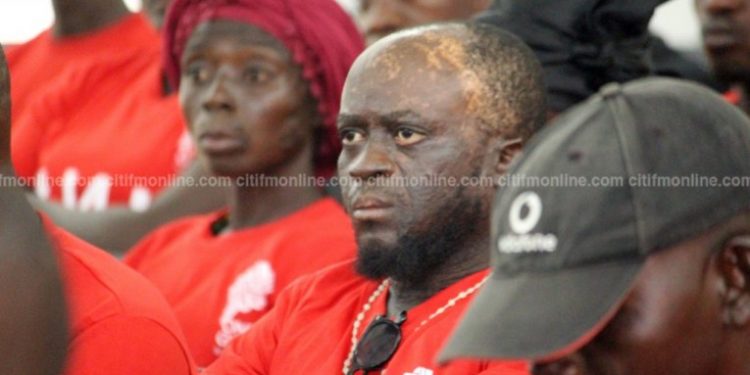 Some victims of the June 3 disaster are calling for more support from the government to alleviate their plight.

On June 3, 2015, heavy rainfall, which started in the late hours of Tuesday, June 2, continued into the next day, leading to severe flooding in several parts of the country, with Accra being the worst affected.

An explosion at a GOIL fuel station at the Kwame Nkrumah Circle resulted in the deaths of over 150 persons and left many others injured.

Significant donations were made and money was promised to the victims and the bereaved families.

However, the Chairman for the June 3 Flood and Fire Victims Association, Thomas Sakyi, is calling for more support.

The victims, most of whom have been left scarred, with many losing their livelihoods following the tragedy, say life has become unbearable.

“I sleep on the streets right behind this bank. Five of the survivors have died. Two of our members have gone mad. Life has been very difficult for us. Most of us lost our means of livelihood. We have nothing to survive on. We plead with government and individuals; it has not been easy for us.”

“We plead with well-meaning Ghanaians to come to our aid. We will appreciate all the support we can get, at least to help us find places to lay our heads,” Mr.Sakyi appealed.

Meanwhile, six years after the incident, the One Ghana Movement has not relented in its pursuit of justice for the victims.

The Movement and the victims, through their lawyers, (Darko, Keli-Delataa & Co.) and (A-Partners @Law), commenced a class action lawsuit in 2018, chasing GOIL, the National Petroleum Authority (NPA) and the Accra Metropolitan Assembly (AMA) for their “complicity in the disaster.”

According to them, the unfortunate incident can be attributed to human causes, adding that those found culpable need to be punished.

“While the organisation acknowledges that the wheels of justice grind slowly, it is “staying the course and working to ensure that systems are put in place to guarantee that officials uphold their responsibility to the people of Ghana; and work assiduously to execute their roles to the best of their abilities.”