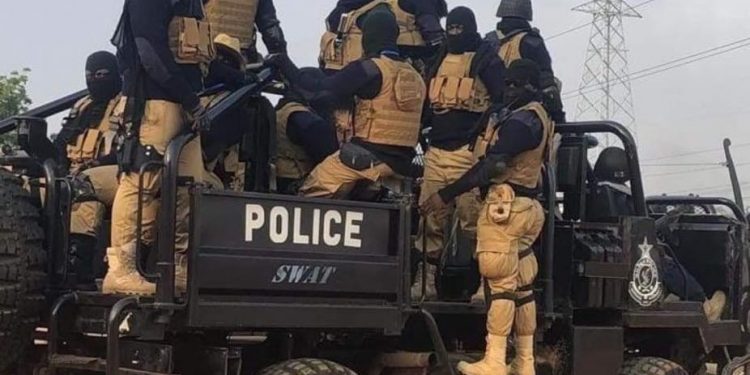 The Member of Parliament for Amenfi West, Eric Afful, has petitioned the Inspector General of Police (IGP), to investigate reports of assault and thievery by National Security operatives during a raid on two Chinese-owned Casinos in Asankragua on May 7, 2021.

He also wants the Interior Ministry to conduct a thorough investigation into the activities of DSP Azugu, who allegedly led the operation.

“The team from National Security arrived in Toyota V8 Land Cruiser, wielding AK 47s and dressed in mufti with their faces masked. They were led by DSP Azugu who was in Police uniform. A fuel station annex with a casino operated by some Chinese was attacked. In the process security installation at the centre like CCTV cameras were destroyed, lights went off, several quantities of gold were taken. A cash sum of about GHS 3 million were taken by the team. Motorist, pedestrians among others were harassed by the team.”

“The team took to the main street of the town and engaged in a lot of illegal activities including seizing car keys, mobile phones were also seized from the people whiles others were assaulted and intimidated.”

The Amenfi West lawmaker reports that the security operatives later assaulted two journalists who they had caught taking videos of the incident with their mobile phones.

“The media in town heard about this operation, they also rushed to the scene, but some of them were manhandled by the team. Two of the journalists were later rushed to the Catholic Hospital Asankrangwa for treatment.”

Two Immigration officers were also assaulted when they tried to intervene.

“The operation brought a lot of tension within the town causing fear and panic among the people. As of now, there is tension in the constituency, all economic activities have been affected and there is general feeling of insecurity among the local residence,” he bemoaned.

“As the representative of the people, I demand a thorough investigation on the said operation by the D.S.P Samuel Azugu and his team. I also demand immediate action from the government to assure the people of Amenfi West of their personal liberties so that they can freely go about their normal economic activities,” he demanded.