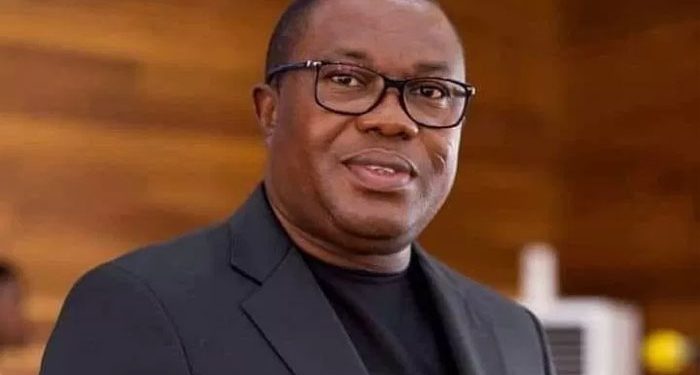 The opposition National Democratic Congress, NDC, has chided President Nana Addo Dankwa Akufo-Addo for being part of the final funeral rites of the former CEO of the Forestry Commission, Kwadwo Owusu Afriyie, that flouted the government’s existing COVID-19 protocols.

The President, his vice, the Chief Justice, and other state officials filed past the remains of Sir John last week amidst blatant neglect of the COVID-19 safety protocols.

This is in spite of the fact that the one-time NPP General Secretary died of COVID-19.

Viral videos from the funeral showed many people crowded at the venue with a handful of them wearing facemasks.

The number of people seen at the funeral were also far more than the expected 100 directed by the government as part of measures to stop the spread of COVID-19.

In an interview with Citi News, the National Chairman of the NDC, Samuel Ofosu Ampofo, asked the government to act responsibly.

Mr. Ampofo insists the continuous disregard of the protocols by state officials does not send the right signals to the masses.

“Anytime there is an attempt by the citizenry or groups of people to demonstrate against the ills of the society, every available means is found by the state authorities to prevent them from demonstrating, but you look at the President who himself has decided to flout all the regulations he himself has put in place in terms of COVID-19 protocols for funerals and others, and they are the very people breaking these protocols. So we are saying that the government must be up to their responsibilities.”

On the same issue, a number of groups have also expressed their displeasure about the development.

For instance, Pressure Group, Occupy Ghana, while condemning the act, slammed government officials for their complicity.

“To wake up to contrary behaviour by prominent members of the same government and other politicians, after we have seen the colossal human disaster that has unfolded in India, caused by unrestrained political activities and religious events that did not respect COVID-19 protocols, is both disappointing and frightening. We cannot show such a remarkable sense of recklessness and abandon in these times and not expect to reap disastrous and possibly deadly consequences.”

The Ghana Medical Association, GMA, has called on the country’s security agencies to deal with the organizers of the funeral.

They urged the IGP to act without fear or favour.

“We call on the law enforcement agencies to investigate and deal with the organizers of this and any similar events to serve as a deterrent to others who intend to endanger the public health of our nation. We call on the Inspector General of Police (IGP) to act without fear or favor in this regard,” the GMA said in a statement.

When did Sir John Die?

Sir John passed away at the Intensive Care Unit of the Korle Bu Teaching Hospital on Wednesday, July 1, 2020, after testing positive for COVID-19.

The late Sir John was laid to rest in his hometown at Sakra Wonoo in the Ashanti Region on Thursday, June 3, 2021.