Netanyahu seeks block on deal to oust him 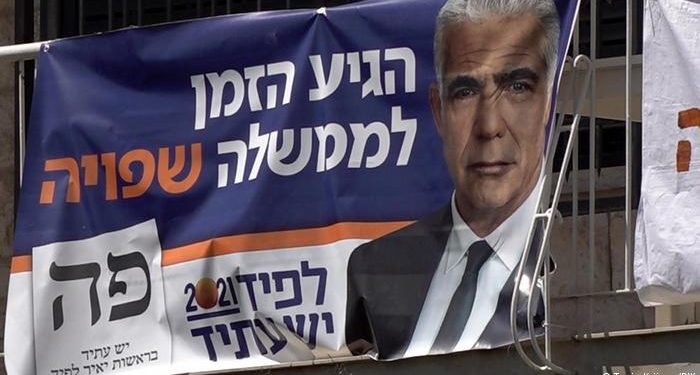 Israel’s Benjamin Netanyahu has lashed out at a newly agreed coalition that looks set to remove him from power after 12 years as prime minister.

Mr. Netanyahu called on right-wing members of parliament to block the coalition from taking office.

Eight parties reached an agreement to work together to form a new government late on Wednesday.

But the group, from across Israel’s political spectrum, still needs parliamentary backing to take office.

No date has so far been set for such a vote in the Knesset (parliament). But it is expected to take place next week at the latest, and there is still a chance this newly formed coalition could be upended by defections.

In his first comments since the coalition was announced, Mr. Netanyahu urged members of the Knesset “elected by votes from the right” to oppose the coalition.

In a post on Twitter, he criticized them as “left-wing” and “dangerous”. He has previously called the proposed new government the “fraud of the century”, saying it endangered the state and people of Israel.

Observers have already noted that Mr. Netanyahu – who failed to form his own coalition despite his Likud party winning the most seats in the March vote – is likely to try to prevent the group from getting the support it needs.

News of a fresh coalition emerged late on Wednesday, when Yair Lapid, leader of the centrist Yesh Atid party, called President Reuven Rivlin to let him know that agreement had been reached.

He pledged to form a government that would “work in the service of all Israeli citizens… respect its opponents and do everything in its power to unite and connect all parts of Israeli society”.

However, Mr. Lapid will not become prime minister immediately. Under a rotation arrangement, the head of the right-wing Yamina party, Naftali Bennett, would serve as prime minister first before handing over to Mr. Lapid in August 2023.

The coalition members span the full spectrum of Israeli politics with little in common apart from their plan to replace Mr. Netanyahu. For the first time in decades, the government will include an Israeli Arab party.

The other five parties included in the agreement are:

If the coalition fails to win the support of a majority in the 120-seat Knesset, there is a risk of the fifth election in two years. All eight parties were needed to secure the 61-seat majority.

No rational political enemy of Benjamin Netanyahu can underestimate his ruthlessness and absolute determination to hold on to office. Until a new government with a new prime minister is sworn in, he will do all he can to stop it.

If he found himself the leader of the opposition, he would do all he could to destabilize a coalition with a wafer-thin majority that would be trying to span the entire Israeli spectrum, from the nationalist right to the liberal left. All that unites them is their desire to remove him from office.

However loudly he complains, the likelihood is that he is leaving office. In the end, his defeat was sealed not by left-wing opponents but by fellow right-wingers he has made into enemies by his ruthless, high-handed tactics.

No one should expect big, new initiatives from a new government. Just surviving the onslaught Mr. Netanyahu is undoubtedly planning will be a full-time job. His opponents will be hoping that his fall will continue in the Jerusalem courthouse where he is already on trial on serious corruption charges.

Reaction to the agreement has been mixed. According to news agency AFP, other parties representing Israeli Arabs – who make up 20% of the population – have said they will oppose a government led by Mr. Bennett, who rejects the concept of a Palestinian state.

Meanwhile, right-wing politicians have also voiced concerns. “The left is celebrating, but it is a very sad day for the State of Israel,” Miki Zohar, a prominent Likud member wrote on Twitter, saying the right-wing parties in the coalition “should be ashamed”.

But elsewhere there was jubilation. Protesters who had been demanding Mr. Netanyahu’s resignation danced in the street.

Some were just relieved at the prospect of an end to the political turmoil which has seen Israel hold four elections in just two years as politicians struggled to find someone to unite behind.

“I think that the political situation has been deadlocked for too long,” protester Zvi Yosef told Reuters news agency. “We have to try something new, even though it’s a little scary and there’s a lot of unknowns. But at the moment, I don’t see any other option.