Rastafarians in Ghana: Journalist opens up on discrimination, stereotyping 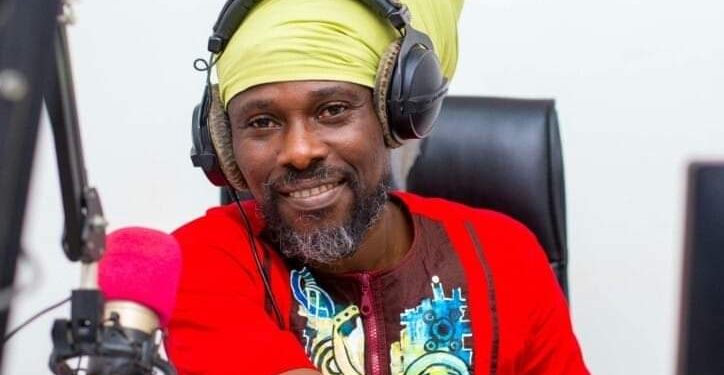 The National Public Relations Officer of the Rastafari Council of Ghana, Kwame Malcolm, a 49-year-old current affairs show host at Radio 360 and Empire FM at Takoradi in the Western Region, has shared his experience of living in Ghana as Rastafarian with citinewsroom.com.

Mr. Malcolm, who has practised journalism since 1999, said he has had his dreadlocks since he became a Rastafarian 25 years ago.

The Radio show host and a father of one, just like many other Rastafarians in Ghana, is elated by the High Court’s order for Achimota School to admit the two Rastafarian boys who were denied admission for refusing to cut their dreadlocks, an important element of their faith.

The National Public Relations Officer of the Rastafari Council of Ghana, who doubles as the Western Regional Chairman of the Council, is excited that a precedent has been set, which will at least be a reference for similar situations in the future.

But, despite the ruling, he does not believe discrimination against his community or minority groups will end anytime soon.

When asked if he foresees an end to the prejudice against minority groups such as his, he said, “I don’t think so. It keeps coming up, and I do not believe it will ever end.”

He, however, has faith in the country’s judicial system, as he suggests that one can always fall on the law whenever similar cases of discrimination come up.

citinewsroom.com posed some more questions to him and these were his responses;

How important is the ruling in the Achimota School case to the Rastafarian community?

A precedent has been set, and it will allow people who find themselves in the same situation to have something to hold on to.

Do you think the case should have landed in court in the first place?

The case needed to have been in court because it escalated to a point where the school was adamant, and they needed to be whipped into shape. Had they [school authorities] applied a little of emotional intelligence, it would not have landed in court. But all in all, it is good it ended up in court.

Well, yes, it has become a daily affair, I’m almost getting used to it. However, it can be very extreme sometimes. As far back as my days in the university, I was reading Swahili, and a window for an external program in Tanzania was shut right before my eyes, just because of my faith. Although I qualified, somebody else was given the opportunity.

How do you feel when people ascribe indiscipline, crime, and all sorts of social vices to Rastafarians?

It is stereotypical for people to think that all Rastafarians have the tendency to commit crimes. How many Rastafarians do we see in the news when suspected criminals are rounded up?

What are some misconceptions people have about the Rastafarian community, for which reason they are not accommodating of you?

One of such is the belief or thinking that [having] dreadlocks is Rasta. [Having] dreadlocks is not Rasta. Rasta is a faith. Someone with deadlocks may not necessarily belong to the religion. There may be other reasons such as fashion. The two are mutually exclusive. Also, people generalise misconducts of certain individuals such that it affects the community. Christians commit crimes, but we do not have news headlines that capture that a Presbyterian or a Pentecost has committed the crime. Why then do we see news headlines trying to attribute the misdeeds of individuals with deadlocks to the Rastafarian community? There is the need for people to set individuals apart from groups and interpret things as they are.

What do you think needs to be done holistically for society to be more accommodating of minority groups?

Firstly, I think Ghanaians need to seek knowledge because they have so many erroneous perceptions about us. We need a more tolerant society, especially Christians; they are becoming more and more intolerant of non-Christians by the day. This is a very dangerous path to tread.

Do you have the hope that in your lifetime, discrimination against minority groups like yourself, will be completely non-existent?

I don’t think so. It keeps coming, and it will keep coming, and that’s why laws have been made. And so just like the laws are made for us so that we don’t become animals in the jungle, the laws would be there in the event that one is discriminated against, we can always fall on the law to actually make common sense prevail.