RE: Minerals Commission demands $1000 from the Fourth Estate in a right to information request 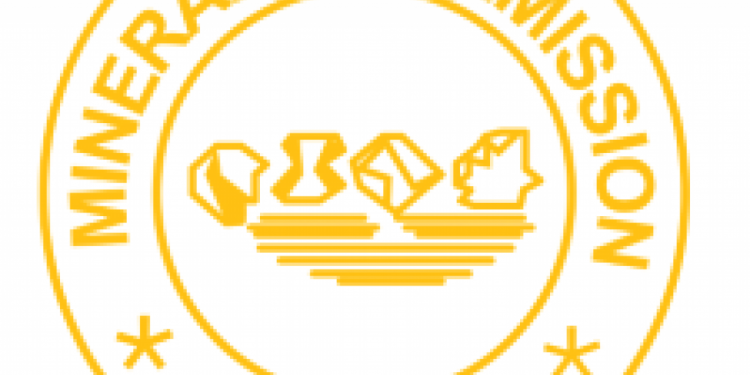 We have become aware of an article with the above-referenced headline dated 18th June 2021 by one Evans Aziamor-Mensa and published by “The Fourth Estate.” We hereby respond to the said publication as follows:

“The Minerals Commission has demanded $1,000 (GHȼ5,700) from The Fourth Estate in order to provide information requested under the Right to Information (RTI) Law”

“By quoting the highest fee any institution has yet demanded to redress information under the RTI Law, the mining regulator asked for the equivalent of$1,000 for the information”

Contrary to Mr. Aziamor-Mensa’s suggestion, and as was stated in the Commission’s reply to the request for information from his outfit, the sum in question is the fee approved by Parliament under regulation 4 of the Minerals and Mining (Licensing) Regulations, 2012 (L.I. 2176). Regulation 4 of LI 2176 is also based on section 103 of the Minerals and Mining Act, 2006 (Act 703). We find it significant to reproduce section 103 of Act 703 below.

103. (1) The Commission shall, in accordance with Regulations, maintain a register of mineral rights in which shall be promptly recorded applications, grants, variations and dealings in, assignments, transfers, suspensions and cancellations of the rights.

In light of the above, it is clear that the Commission, like any law abiding and responsible organisation, did no more than what the law expected in asking for the approved fees to be paid.

In short, contrary to suggestions, The Fourth Estate, was asked to pay the fees DEMANDED by law, NOT on the whims and caprices of the Commission.

“Such demands per Regulation 4 of the Minerals and Mining (Licensing) Regulations, 2012 (L.I 2176) apply to requests that of commercial value including cadastral maps and exploratory
data of mining zones”

“In the absence of a legislative instrument to guide fees which public institutions should charge RTI applicants, the Minerals Commission said it fell on its internal laws to charge fees”

“RTI advocates say such fees may deter the media, civil society and ordinary Ghanaians from using the law to request information”.

“A journalism lecturer and private legal practitioner, Zakaria Tanko Musah, said the Minerals Commission’s fees would amount to an attempt to monetise information, which ordinarily should be available to the public. He said it was not out of place for the Commission to demand a fee, but it should not cost an arm and a leg.”

Unfortunately, our laws do not make the distinction between information of “commercial value including cadastral maps and exploratory data of mining zones” that Mr. Aziamor-Mensa has created for his readers. The information he requested for is found in the register of mineral rights, which per section 103 of Act 703, requires the payment of a prescribed fee. As we have noted above and in our response to the request from The Fourth Estate, the prescribed fee is pursuant to regulation 4 of LI. 2176.

In the circumstances, the fees are prescribed by law in respect of services that the Commission renders to the general public. Accordingly, section 103 of Act 703 and regulation 4 of L.I. 2176 are NOT “internal laws” by any stretch of the imagination and the Commission has NO authority to vary same as implied by the publication.

“Lawyer and host of Joy News’ Newsfile programme, Samson Lardy Anyenini, agreed with Mr. Musah. Mr. Anyenini, who has been an RTI crusader, said the Minerals Commission erred. He said that the commission should not have been inward looking in respect of the fees.

Quoting the regulation which guides its internal fees and charges to the Fourth Estate, according to Mr. Anyenini, amounts to an illegality. He explained that laws about the supply of information were suspended when a request for information comes under the RTI Act.

We are not aware that the “laws about the supply of information were suspended when a request for information comes under the RTI Act.” In contrast, we find that under section 75(1) of the RTI Act, “an applicant seeking access to information under [the Act] shall pay the fee or charge approved by Parliament in accordance with the Fees and Charges (Miscellaneous Provisions) Act,2009 (Act 793).

Although Act 793 of 2009 has long been repealed and replaced by the Fees and Charges (Miscellaneous Provisions) Act, 2018 (Act 983) well before the enactment of the RTI Act of 2019, section 7 of Act 983, like a similar provision under Act 793, saves any act made or done under previous laws until they are revoked or cancelled.

The Commission does not have the legal wherewithal to vary its approved fees or waived same as has been erroneously suggested in the publication. We are a creature of the law and have the abiding duty of complying with the extant laws affecting our constitutional and statutory regulatory mandate without fear or favour.

The Minerals Commission wishes to inform the general public that, as a law abiding public service entity, it supports the right to information in principle and in practice. That is why, transparency is a major ethos in the Commission’s reorgainsation and reform of the country’s mining policies and laws.

In the circumstances, the Commission welcomes constructive and fair criticism of its work in lieu of the situation where attempts are made to create a false impression of a tussle between an insensitive and unresponsive institution and the forces of light.