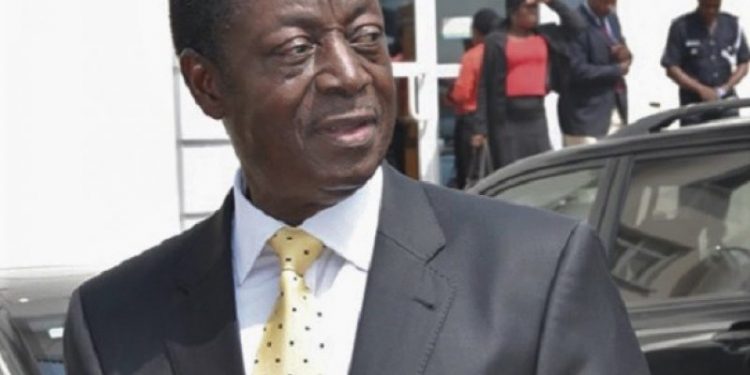 An Accra High Court says Nii Amanoo Dodoo, the Receiver of the now-defunct uniBank, can testify in the trial of Dr. Kwabena Duffuor, founder of the bank, and other officials.

Mr. Dodoo was to be called as the State’s first witness in the trial, but lawyers for Dr. Duffuor prayed the court not to allow Mr. Dodoo to testify.

Dr. Duffuor’s lawyers argued that the Receiver had breached sections of the Banks and Specialized Deposit Act, 2016 hence their objection.

According to the lawyers, the presence of the first Prosecution Witness, Nii Dodoo does not qualify him to testify because he was appointed Receiver of uniBank after being a partner of KPMG which audited the accounts of the bank.

She admitted that Nii Dodoo was previously a partner of KPMG, indicating that KPMG did not hold any shares in uniBank neither did it hold any key position in uniBank.

The Director of Public Prosecution argued that KPMG had not violated any rule or statute and that the appointment of Nii Dodoo was from a private sector and was legitimate.

“The fact that he has worked with KPMG does not prevent Bank of Ghana from appointing him as receiver of uniBank,” he added.

Mrs Obuobisa said his appointment as the Receiver was lawful, urging the court to dismiss the objection since the witness met the requirement for qualifying to testify.

Justice Bright Mensah, Court of Appeal Judge, sitting as an additional High Court Judge, said, ” I uphold the argument of DPP that the appointment was not illegal or void. The appointment of Nii Dodoo by BoG is valid.”

He said Section 59 of the Evidence Act explained who was not qualified to testify, which included someone who was incapable of coherent expression so as to be understood, directly or through interpretation by another person who could understand that person; or incapable of understanding the duty of a witness to tell the truth.

Justice Mensah said he held the view that, the witness was qualified to testify and had personal knowledge of what was at hand.

“The appointment of the Receiver was valid,” he added.

He, however, said the Counsel for A1, A2 and A4 had impressed upon the court that, the evidence, he would give would be tainted with illegality because he was incapable to testify on those reports.

“The challenge of his validity should be a civil matter and that the witness is a competent and comparable witness,” the Court of Appeal Judge said.

The court, therefore asked the Receiver to take the oath and proceed to testify.

Dr. Kwabena Duffuor and 8 others are facing a total of 71 charges for various roles they played in what led to the collapse of some financial institutions.