Reshuffled ministers, deputies must be vetted to improve governance – Kyei-Mensah-Bonsu 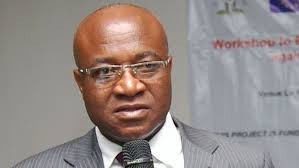 The Majority Leader, Osei Kyei-Mensah-Bonsu, has emphasised the need for reshuffled Ministers and Deputies to be vetted by Parliament.

According to him, the practice where the presidency is allowed to move ministers to head other Ministries without the prior approval of Parliament is disturbing.

Mr. Osei Kyei-Mensah Bonsu made this comment in an interview with Citi News ahead of the vetting of President Akufo-Addo’s Deputy Ministerial nominees.

The Appointments Committee of Parliament, will from Wednesday, June 2, 2021, begin the vetting of 39 Deputy Ministers and a Minister of State.

In all, the 39 deputy ministerial nominees were appointed under 24 portfolios.

The Suame MP believes the government will be forced to appoint persons who are competent if reshuffled Ministers are vetted.

“If you are going to vet for competence, then if you are a Minister of Finance and the President wants to take you to trade, your competence in trade would have to be tested and then you would have to come back to Parliament to be vetted again. If we do that it will assist us in a very tremendous manner.

“Parliament should come together and fashion our own way of vetting, and if we send strong signals to the Executive that you cannot just be engaging in reshuffles, the President will have a thorough think through of the persons he nominates and I think that will improve our governance.

There have been no major reshuffles since the New Patriotic Party (NPP) government came into office in 2016.

The minor reshuffles recorded under the governing NPP government occurred in 2017 and 2019.

The February 2019 reshuffle saw the removal of Catherine Afeku as the Minister for Tourism, Creative Arts, and Culture.

Sulemana Alhassan, the then Upper West Regional Minister was also reassigned – his position was taken over by Dr. Hafiz Bin Salih.

Other changes announced in the reshuffle were the appointment of Gifty Twum Ampofo and Freda Prempeh as Deputy Education Minister and Deputy Gender, Children and Social Protection Minister respectively.