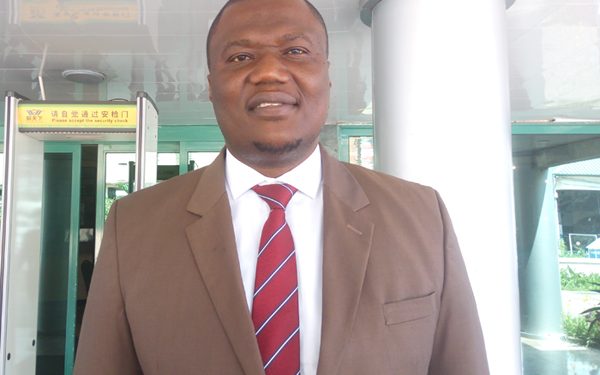 The Chairman of the Health Committee of Parliament, Dr. Ayew Afriyie, says the Minority must focus on utilising avenues in Parliament to have its concerns with the procurement of Sputnik-V vaccines resolved instead of seeking solutions through the media.

The Minority, on Thursday, reiterated its call for an urgent bi-partisan parliamentary probe into the procurement of Sputnik-V vaccines through a third party and the propriety of the agreement between Ghana and Frontiers Healthcare for COVID-19 testing at the Kotoko Airport International Airport.

Dr. Afriyie, in a Citi News interview, said the Minority knows what to do to get answers to their questions.

According to him, running to the media will not yield any result.

“The Minority knows what is right. They have all it takes to do whatever they want on this issue, but running to the public [through the media] to talk about a parliamentary inquiry is not the solution. For me, they could have just used questions, motions, and statements to get the Speaker to allow them. It is as if they don’t have confidence in the Speaker because any ruling on the floor will be done by the Speaker,” Dr. Ayew Afriyie said.

The Ranking Member on the Health Committee, Kwabena Mintah Akandoh, says there are a lot of unanswered questions about the two agreements; a situation which justifies the call by the Minority.

“Why are we dealing with middlemen because, in the first statement that was released by the Ministry of Health, the explanation to that effect was that they have made several efforts including meeting the Deputy Ambassador of the Russian Embassy here in Ghana and that didn’t yield any fruit. Our checks indicate that there is no position like Deputy Ambassador of the Russian Embassy. So they should be telling us who they spoke to.”

The Minority in Parliament has already tabled an urgent motion calling on the house to commission a bi-partisan probe into the procurement of the Sputnik-V vaccines by the Health Ministry.

According to the Minority Leader, Haruna Iddrisu, there are several questions to be answered regarding the transaction, which indicates that the government agreed to purchase a dose of the vaccine at $19 per unit instead of $10 per dose.

“We have filed an urgent motion into Ghana’s procurement of every Sputnik-V vaccine. This motion that I emphasize, we are going to call for a bi-partisan probe because we feel that Parliament is not even aware of this transaction”.

“We would want to understand the procurement processes that were used, but more importantly, to demand value for money for the Ghanaian taxpayer that we’re not just seeking to profit from COVID-19 with this questionable transaction”, he said.

This was also reiterated on Thursday, June 24, 2021, by the Minority Leader.

About the Sputnik-V deal brouhaha

The country has since been struggling to get more vaccines to immunize its target of 20 million people.

It later emerged that the government is using the services of middlemen to procure some of Russia’s Sputnik-V vaccines but at a higher cost of US$ 19 other than the original factory price of US$ 10.

This move has not gone done well with some stakeholders, including the Minority in Parliament which is calling for the abrogation of the procurement contract.