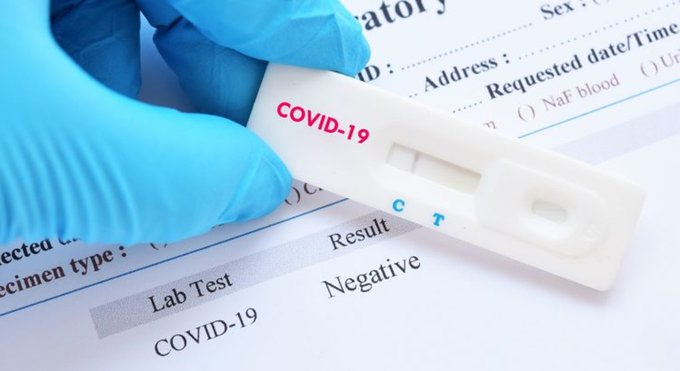 Health authorities in Uganda have approved a locally manufactured herbal medicine to treat Covid-19 patients and other viral infections.

The country’s drug regulator, the National Drug Authority (NDA) said the product is formulated from herbal plants that have been traditionally used to alleviate symptoms of several diseases.

It is however not a cure for Covid-19.

NDA’s decision comes a week after it warned the public against using Covidex, saying it had not been authorised.

The @UNDAuthority has authorized COVIDEX to be sold in drug outlets for management of viral #COVID_19 infections BUT NOT as a cure. pic.twitter.com/NkfPaSeqqX

Mbarara University of Science and Technology, where the developer Prof Patrick Ogwang teaches, also claimed the product as its own and said it had been leaked to the market before going through the right procedure.

The NDA says the approval was based on initial assessment, published literature, and safety studies and that its innovator had also withdrawn unsubstantiated claims that the product treats and prevents Covid-19.

The herbal medicine hit the market several months ago.

It was retailing at less than a dollar but as infection surged amid the second wave of the pandemic, its price shot up to $22 (£15).

Uganda imposed a lockdown in early June because of a surge in Covid-19 cases which has led to a rise in hospitalisation and deaths.

More than 850,000 people have been vaccinated against Covid-19, with priority being given to health workers, teachers, the elderly, and those with underlying health conditions.

Military’s conduct at Ejura mind-boggling; whoever deployed them must be held liable – Agalga

Military's conduct at Ejura mind-boggling; whoever deployed them must be held liable - Agalga