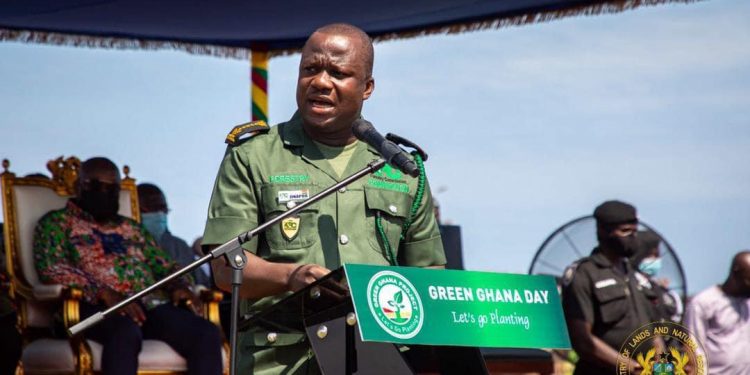 The Minister for Lands and Natural Resources, Samuel Abu Jinapor, has said the government’s target for the planting of trees under the maiden ‘Green Ghana Day’ initiative has been exceeded.

According to him, this was made possible due to the immense support of Ghanaians towards the initiative.

Speaking on the floor of Parliament on Tuesday, June 22, 2021, Abu Jinapor called on Ghanaians to exhibit such togetherness and sense of purpose in all other national activities.

He believes this will make Ghana a better place for the current generation and beyond.

“Reports received from the Forestry Commission (FC) indicate that over seven (7) million seedlings of various tree species were distributed across the country against the ‘Green Ghana’ planting target of five (5) million trees.”

“Even though planting figures are still being collated across the sixteen (16) regions, provisional figures from the Forestry Commission clearly show that we exceeded the five (5) million target.  This is remarkable and historic.”

The exercise, under the auspices of the Forestry Commission and the Lands and Natural Resources Ministry, had the objective of ensuring the planting of over five million trees across the country.

The initiative, after its launch on Friday, June 11, 2021, saw many top government officials and members of the public plant trees in their homes, schools, and other designated areas.

It expected to be commemorated on June 11 every year.