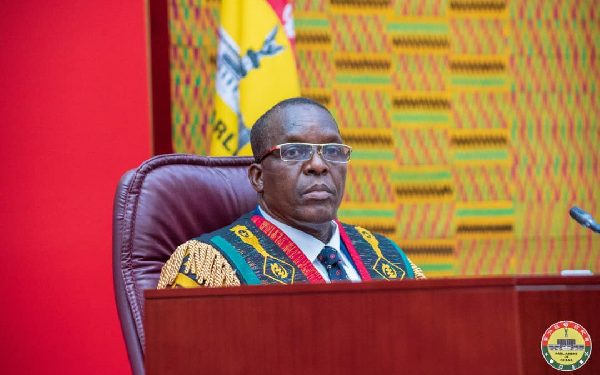 The Speaker of Parliament, Alban Bagbin, says urgent actions are being taken to make clear laws against LGBTQI activities in Ghana.

According to the Speaker, there are ongoing stakeholder consultations to feed into a bill for that purpose.

Alban Bagbin disclosed this while responding to a letter from a political activist who had petitioned Parliament to amend Ghana’s laws to deal with the phenomenon in the country.

“I appreciate very much your concerns about activities of the LGBTQI+ groups in the country. It is indeed a phenomenon that should not be encouraged or accepted by our society due to its eventual negative impact on society.”

“Urgent actions are being taken to pass a law to eventually nip the activities of these groups in the bud. Stakeholder consultations are also ongoing, and the results will feed into a Bill that will eventually be passed into law by Parliament,” he wrote in the letter dated June 15, 2021, and sighted by citinewsroom.com. 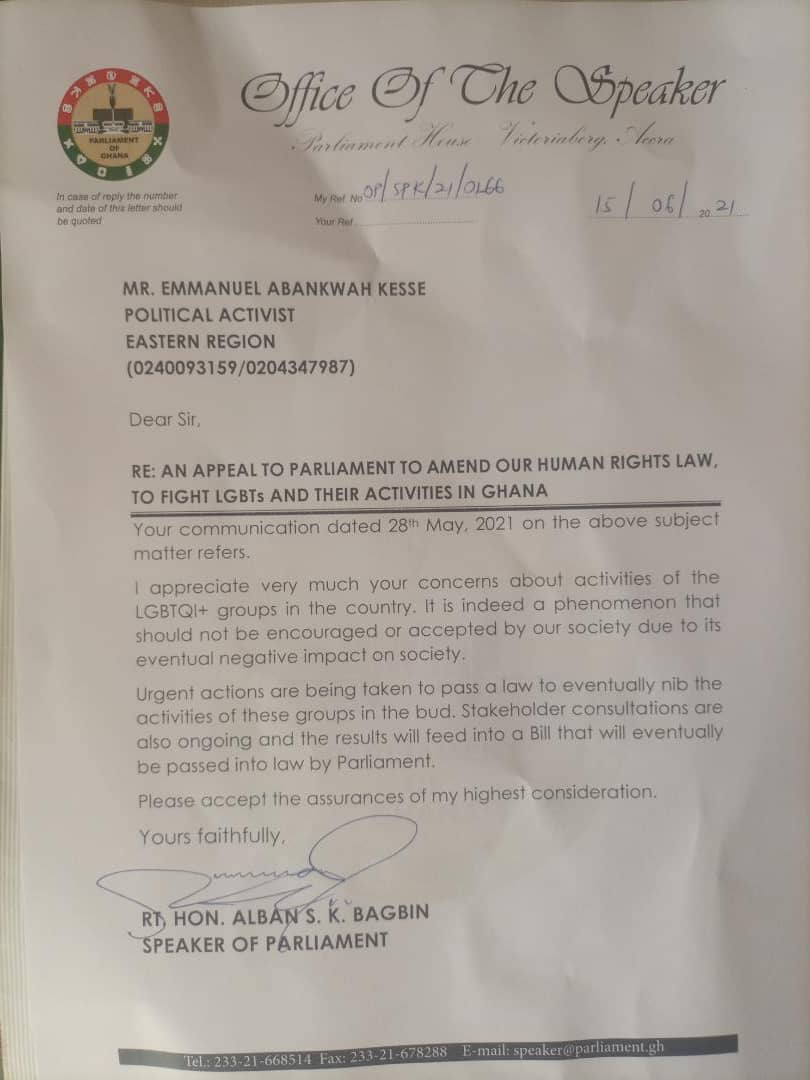 The debate over the legalisation of LGBTQI rights in Ghana was revived earlier this year after police raided and closed down the offices of some LGBTQI campaigners at Ashongman in Accra.

Many religious bodies, parliamentarians, ministers, human rights advocates, supporters of the movement, and other relevant stakeholders waded into the discourse about the legalisation or criminalisation of homosexuality in Ghana.

While some say the practice, if allowed, will serve interests that are abhorrent to the culture and values of the Ghanaian people, others insisted that the rights of LGBTQI persons must be protected.

Just recently, 21 LGBTQI activists were arrested in Ho in the Volta Region for allegedly holding a meeting to champion LGBTQI activities in the region.

The activists made up of 16 females and 5 males were subsequently granted bail.